When a young Joe Raimo was dropped off at the Kariba Dam wall in what was then Southern Rhodesia (now Zimbabwe) in the mid-1960s, armed only with a suitcase and a toolbox, little could he imagine that his walk across the border into Northern Rhodesia (now Zambia) would leave a legacy of an established contract mining and plant hire company.

As a qualified mechanic, who had been trained by the Italian Army, Joe soon got busy repairing motor cars and trucks out of his first workshop in Ndola, constructed using four poles and the roof of a bus. Joe established himself as a serious business while reconditioning Land Rovers for the Zambian Government but when the Japanese flooded the market with their cheaper vehicles, that business fell away and Joe, being an entrepreneur, sought other avenues of income.

“My father bought a well-used excavator that had been scrapped from one of the copper mines in the area and stripped it down, so finding its apparent major fault,” Riccardo Raimo, Joe’s older son tells us. “He found that there was a demand for plant hire and so Joe’s Earthworks & Mining was born.”

Riccardo joined his father in the business in 2000 and by 2003, a demand for reliable plant saw the father and son duo buying their first new Bell HD1430 Excavator for a roads project that one of the major mining houses had put out. More work followed and a second new Bell HD1430 Excavator was delivered straight to a client’s mining site, along with two new Bell B30D Articulated Dump Trucks (ADTs).

“We had by then moved beyond mere plant hire and were contracted to do the work ourselves,” Riccardo says. “In 2006, we won a contract for a box-cut on a nickel mine in the Mazibuko area and this led us to being tasked to do the bulk earthworks for the entire mine, necessitating the purchase of yet another Bell HD1430 Excavator to load a new Bell B30D ADT.”

Riccardo explains that this project was a big learning curve for the young company, one which pulled off successfully by deploying all the equipment they had to finish the project, working 18 hours a day. “We were hauling between 3 500 and 4 000 cubic metres of fill material each day that had to be compacted to tight specifications. As the material was extremely dry, we had a water canon on a water bowser to wet it before it was loaded onto our ADTs for haulage to the site where it could be compacted.

“I can say with honesty, and not without a little pride, that the Bell HD1430 Excavators established our company as a serious player in bulk earthworks in Zambia,” Riccardo adds.

But Joe’s Earthworks & Mining’s fleet of Bell machines was to grow more when unexpectedly in 2012, Riccardo went to the Bell Equipment premises still situated in Kalulushi, to buy spare parts. He saw three used Bell B25D ADTs parked in the yard, and as they had relatively low hours of between 3 000 and 5 000, thought they could be a useful addition to their fleet.

“Having these ADTs available led to us landing the load and haul contract on a limestone mine near Ndola, a contract we still have to this day. We also maintain the haul roads, limestone stockpiles and waste dumps and now deploy a total of nine Bell ADTs on the site. That fleet consists of three Bell B25D, three Bell B30D and three Bell B40D ADTs. The latter were bought on the used market in South Africa and as we get paid for every tonne of material moved, we’ll look to replace all the smaller ADTs with Bell B40 models in due course. The B40D ADTs run at around 15 litres per hour but their larger payload gives them the edge.”

Luca Raimo is Riccardo’s younger brother and he joined the business in 2005. “We rely on any machine’s value to give us production for as long as possible and both our Bell Excavators and Bell ADTs certainly fill that role admirably,” he says. “This is why we follow such strict maintenance regimes by servicing equipment every 250 hours and undertaking preventative maintenance to ensure a machine’s longevity.”

Luca is adamant that the company’s local knowledge and reliable equipment give them a strategic advantage when it comes to competing with contractors from elsewhere. This has seen Joe’s Earthworks and Mining sustain lengthy contracts in other areas such as manganese mines and tailings dams. “Our 120 full-time employees, who are all loyal and knowledgeable, are definitely our biggest asset,” he adds.

The Raimo brothers have been keen to explore the benefits of Bell Equipment’s Reman Programme, especially during times when some of their mining customers slow down production. Their thoughts are to withdraw one Bell ADT at a time to undergo a refurbishment, an exercise which is cost effective in terms of adding to the longevity of the machine at a fraction of the cost of a new machine. This they feel could be especially beneficial to their Bell B30D ADTs, which have now clocked between 18 000 and 20 000 hours. These ADTs have performed consistently and at an average fuel burn of only 11 litres an hour, as reported on their Fleetmatic® system, have given a great return on investment.

“We have our father, Joe, to thank for his brave walk across the border all those years ago into what is now Zambia and for his foresight, tenacity and wise decisions in seeing the potential beyond merely repairing vehicles. It all started with that first broken-down excavator which saw us buying into the quality of Bell Equipment’s product range and establishing a lasting business,” both Riccardo and Luca agree. 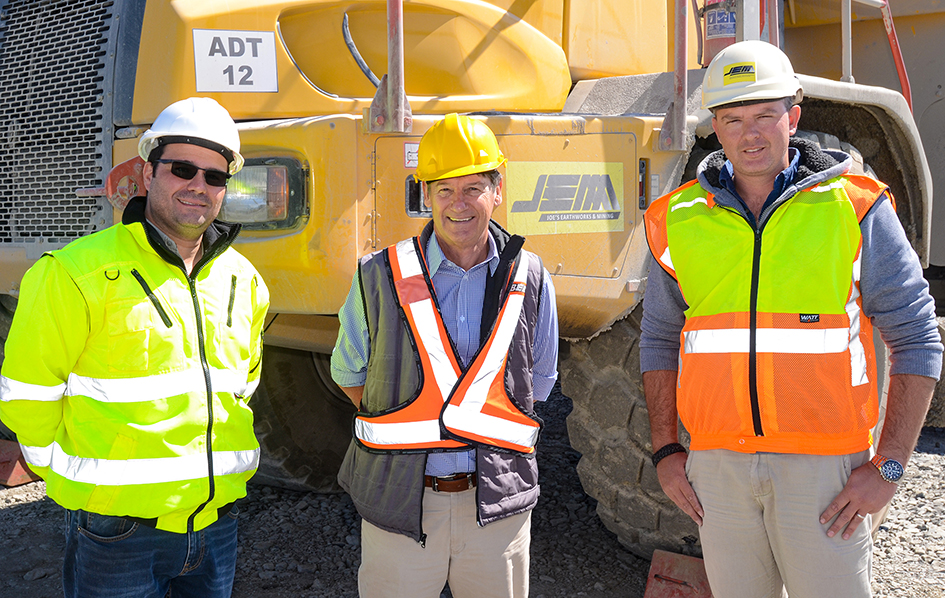 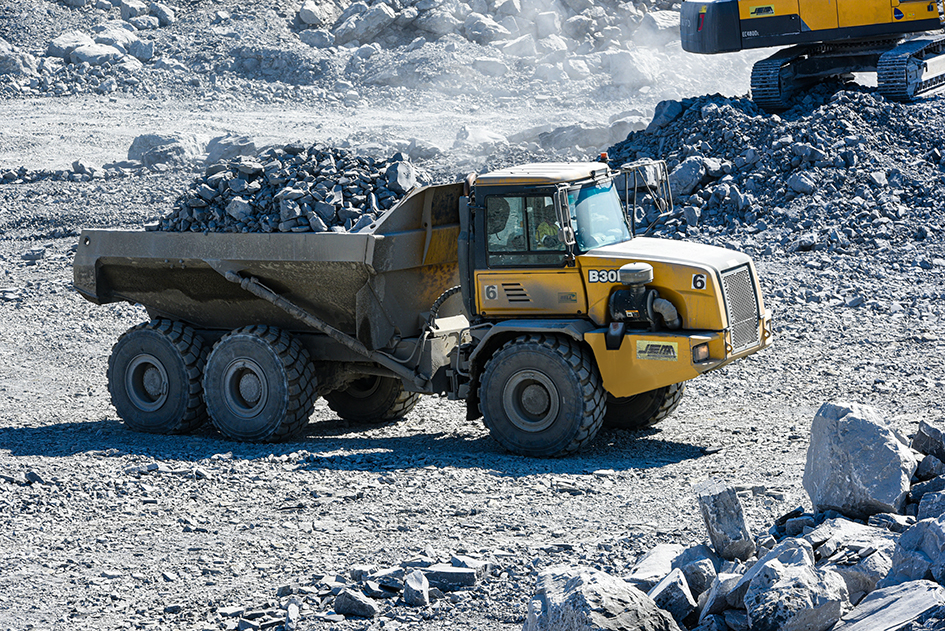