Any owner of equipment used for crushing, screening, material handling or haulage will tell you that due to the nature of the material and environmental conditions, equipment will suffer downtime from time to time.

The crux of the matter though remains how quickly that downtime can be turned around and this is often found in the commitment to backup of the original equipment manufacturer (OEM) as two brothers in the crushing, screening and material handling industry have discovered.

Gawie and Frikkie Vermaak own and operate Phakamisa Logistics. ‘Phakamisa’ means to ‘pick up’ in Zulu and the brothers, hailing from Ermelo and being familiar with the language, thought this name apt for what they would ultimately be doing. Gawie, the older brother gained much working experience in underground coal mining and Frikkie, while training to be a diesel mechanic, learnt more about transport and logistics.

“Since starting Phakamisa Logistics in Ermelo, Mpumalanga in 2007, we had established ourselves in long-haul coal transport for some of the larger coal mining companies until shifts in the market affected our business model and we knew we’d have to diversify to survive,” Gawie says. “We did this by starting material handling and plant hire in the gold mining industry which paid dividends for us and showed us the way forward.”

“By 2015 we were doing so much material handling and plant hire in different mining areas such as gold, chrome, coal and even iron ore that we sub-contracted a portion of our logistics demands to a national carrier group,” says Frikkie. “We have always believed that our edge lies in the fact that we deliver what we promise and we’ve built our reputation on that.”

Phakamisa Logistics has since relocated their head office to Fochville in the North West Province and operate countrywide. They employ over 210 full-time personnel comprising of drivers, machine operators, artisans and administrative staff.

“When we first started in material handling, which by its nature of working in mining would involve crushing and screening, we knew we needed the correct equipment,” Gawie says. “We had contact with many OEMs but somehow Bell Equipment and the many excellent products it sold always stood out. When we could buy two Finlay C-1540 Cone Crushers in 2017 we jumped at the chance.”

These machines were followed in 2018 by a Finlay 883 and Finlay 893 Scalping Screen. A Bell B30E Articulated Dump Truck was added to the fleet along with a Finlay I-100 Impact Crusher and all this equipment was deployed in the coal and chrome mining industries.

“In 2019, one of our clients demanded more production on a raw coal crushing operation and we approached our knowledgeable Bell Sales Representative, Chris Botha, to give us the lowdown on what Bell Equipment could offer us,” Frikkie says. “Chris came up with the Finlay I-120 Impact Crusher and judging by its performance specifications we felt confident enough to order the machine, which was also the first one of its kind in South Africa.”

The Finlay I-120 Impact Crusher is steadily making its mark for Phakamisa’s clients. The machine produces coal from 0 – 50mm and while currently running at only 50% of its design capacity, pushes out between 280 and 300 tonnes of coal an hour. The fuel burn of 36 litres an hour compared to its production is a pleasing number to the owners as they operate on wet rates.

Looking to the future, the Vermaak brothers are confident that their business will retain an 80:20 split in favour of material handling over logistics. “We are often asked to get more involved in logistics as clients look for better service and we’re looking to grow our haulage fleet to around 100 interlinked rigs,” Frikkie says. “It is however in material handling that we see the future with yellow, red and blue machine fleets in excess of 200 units with our core business remaining in crushing and screening.”

“The important thing for us though is that we can sit around a table with Chris Botha and his colleagues at Bell Equipment and give them honest feedback on the performance of their equipment without anyone’s pride getting in the way,” Gawie says. “We’re doing this at the moment as we’re seriously considering buying additional equipment from Bell. Our friends at Bell Equipment are knowledgeable but they are prepared to listen and learn at the same time and that keeps all our feet on the ground.” 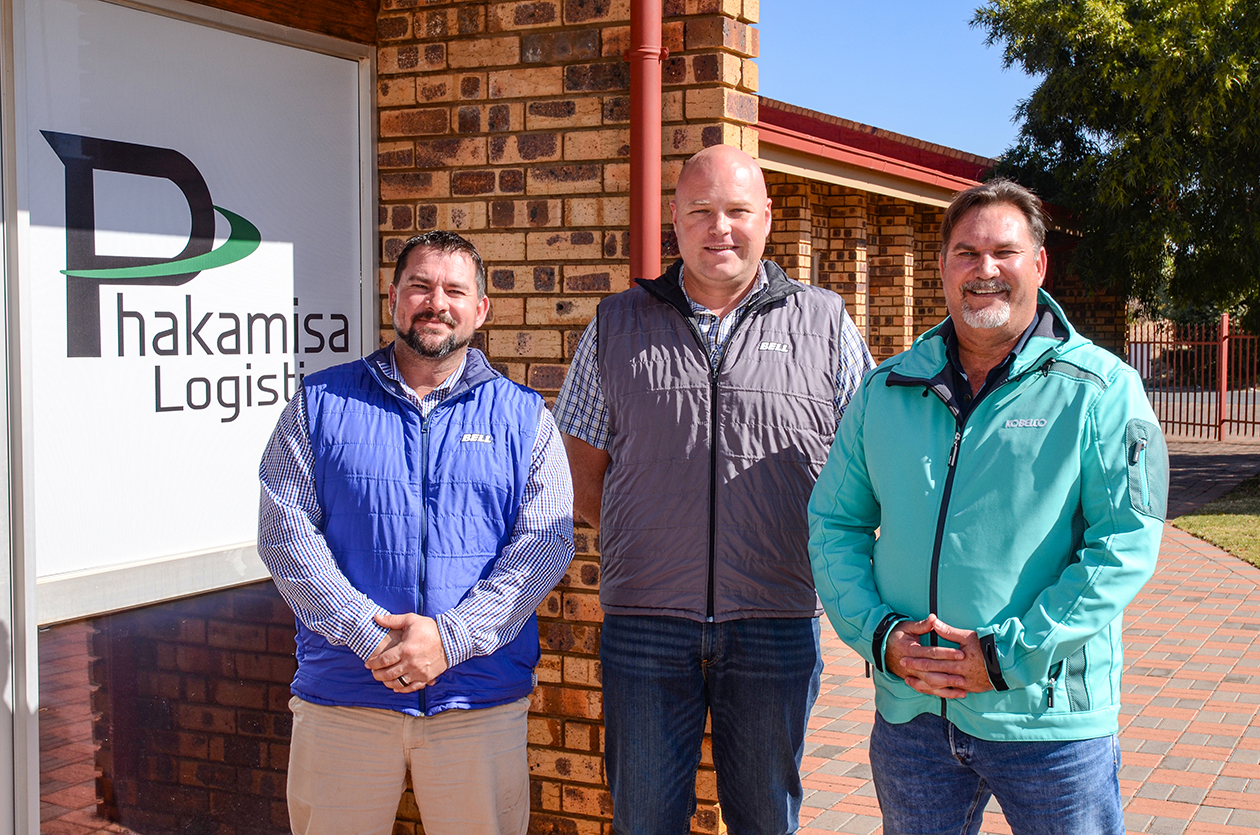 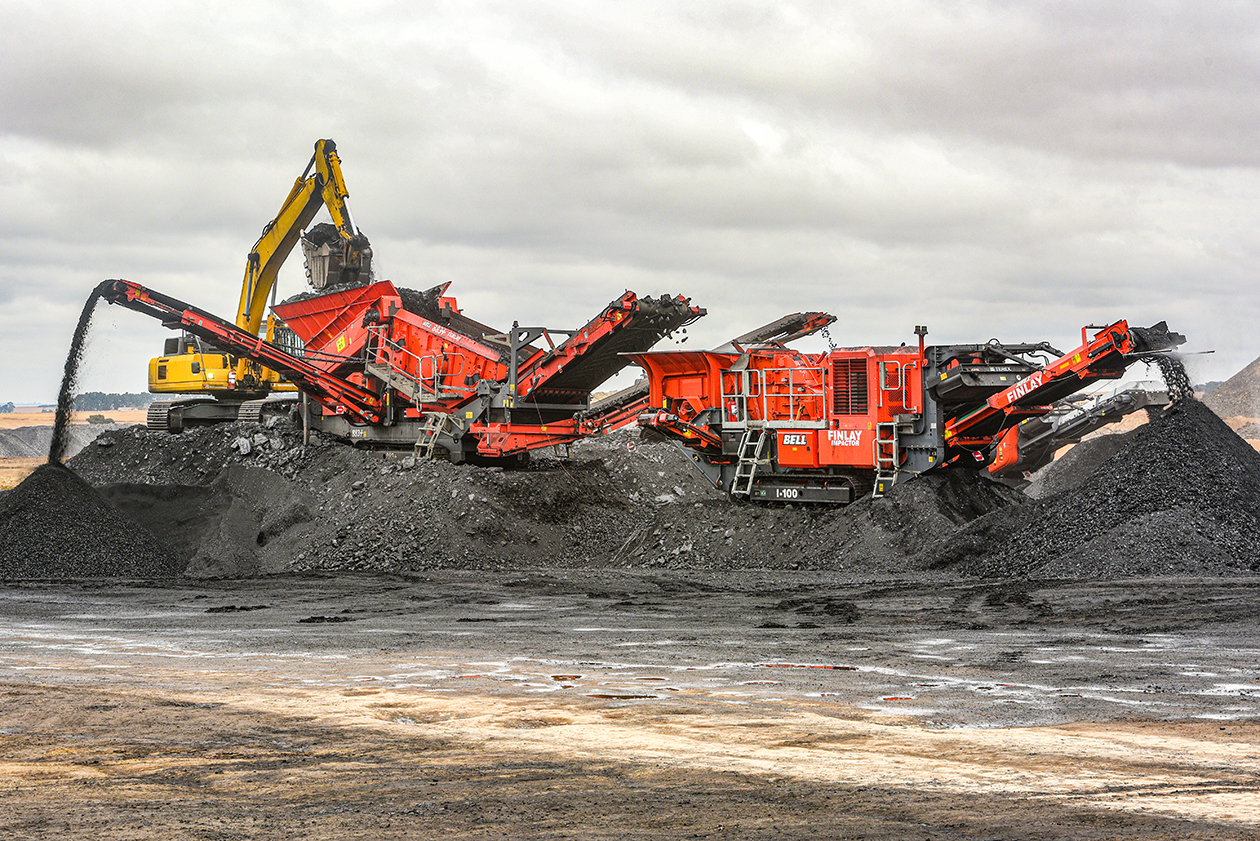