When longstanding civil engineering, contracting and project management company, Vuksich and Borich (NZ) Ltd, decided to invest in new articulated dump trucks (ADTs) for their Auckland-based operation, there were several reasons why two Bell B30E ADTs from the brand’s new E-series, were part of the mix, says Plant and Transport Manager, Murray George. “We have a couple of earlier model Bell dump trucks in the fleet that have been used extensively in the Pacific Islands on major projects and have proven to be incredibly durable and reliable trucks.

“Our longstanding relationship with CablePrice was another key factor in the purchase decision, along with the lease-to-own and trade-in options they offered for the new replacement trucks. The deal we struck definitely ticked a few boxes.”

CablePrice (NZ) Ltd is the authorised importer and distributor of Bell Equipment in New Zealand. Since they were first launched in the market in 1985, Bell ADTs have proven to excel in productivity and economy due to their high power-to-weight ratio and fuel efficiency.

Vuksich and Borich’s two new Bell B30Es have a rated payload of 28 000kg and are powered by a 7,2 litre, 322hp Mercedes Benz engine that is coupled with an industry leading, fully automatic six-speed Allison transmission with torque converter lock-up, that optimises shift points to match conditions and vehicle weight. Another feature of the B30E is that the park brake automatically applies when neutral is selected and, for safety, it’s not possible to engage neutral at speed.

Vuksich and Borich has the two new B30Es hard at work at Auckland International Airport, where the company is carrying out bulk excavation and earthworks on a significant extension project. “We are doing a massive dig for a new taxiway and remote stand, behind gates 17 and 18 at the airport, which were added to the airport campus over the last couple of years. The trucks work flat out all day, and team up well with our 50t Hitachi excavators, which load them with bulk overburden. The loads are then carried around 2km away to be stockpiled.”

Large flotation tyres are a feature of the Bell B30E trucks, which when combined with a high oscillating frame joint, articulated steering, high suspension travel on all axles, and high strength yet lightweight materials in the trucks’ construction, make them ideal for handling the softer ground conditions at the airport site, says Murray. “We’re working on a lot of peat material, which is very soft underneath and relatively puggy (sticky, claylike). The flotation tyres are perfect for loading the trucks in the softer areas.”

Improved payloads and faster haul cycles on the new B30Es should also lead to lower daily operating costs per ton. Murray says while it can be hard to measure, he believes the Bell ADTs compare well with other leading brands when it comes to productivity, performance and fuel efficiency, yet their purchase price was significantly lower. “We made some great savings, and for our money, ended up with two great, very comparable trucks.”

Murray says the purchase process of the Bell ADTs was smooth. Following the delivery of the trucks CablePrice delivered aftersales operator induction and training, which was highly useful for the Vuksich and Borich team. “Our guys were shown all the bells and whistles, and how to do a pre-start check properly. The time Tony Scharvi (CablePrice Product Support Engineer Equipment) and the CablePrice team spent with our operators was definitely beneficial.”

Vuksich and Borich is one of New Zealand and the South Pacific’s most well-established civil engineering and contracting organisations, and celebrated 60 years in business in 2019. It has over 150 staff, and works on a wide range of projects, including earthworks, drainage, roads and airports, marinas and dredging, sports facilities, environmental remediation work, demolition and project management.

The company has been dealing with CablePrice almost as long as it has been in business, purchasing its first Hitachi digger back in 1964. Today, Vuksich and Borich has around 105 pieces of equipment from CablePrice including 80 Hitachi excavators and several dump trucks, wheeled loaders and rock breakers. “The introduction of hydraulic excavators changed the entire civil construction industry, and Vuksich and Borich was on board with this technology from the beginning. As the second and third generation members of the Vuksich family take the company forward, we continue to value the 55 year relationship we have with CablePrice,” says Murray. 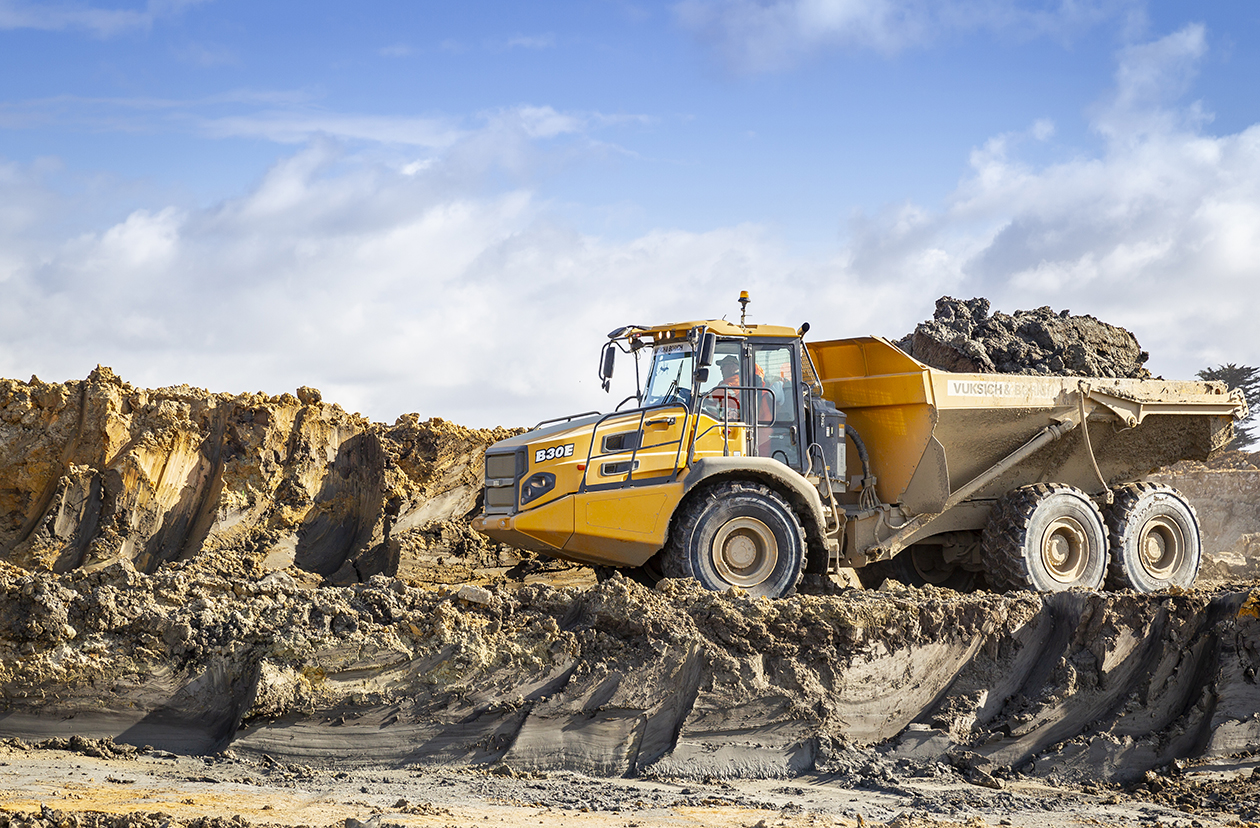