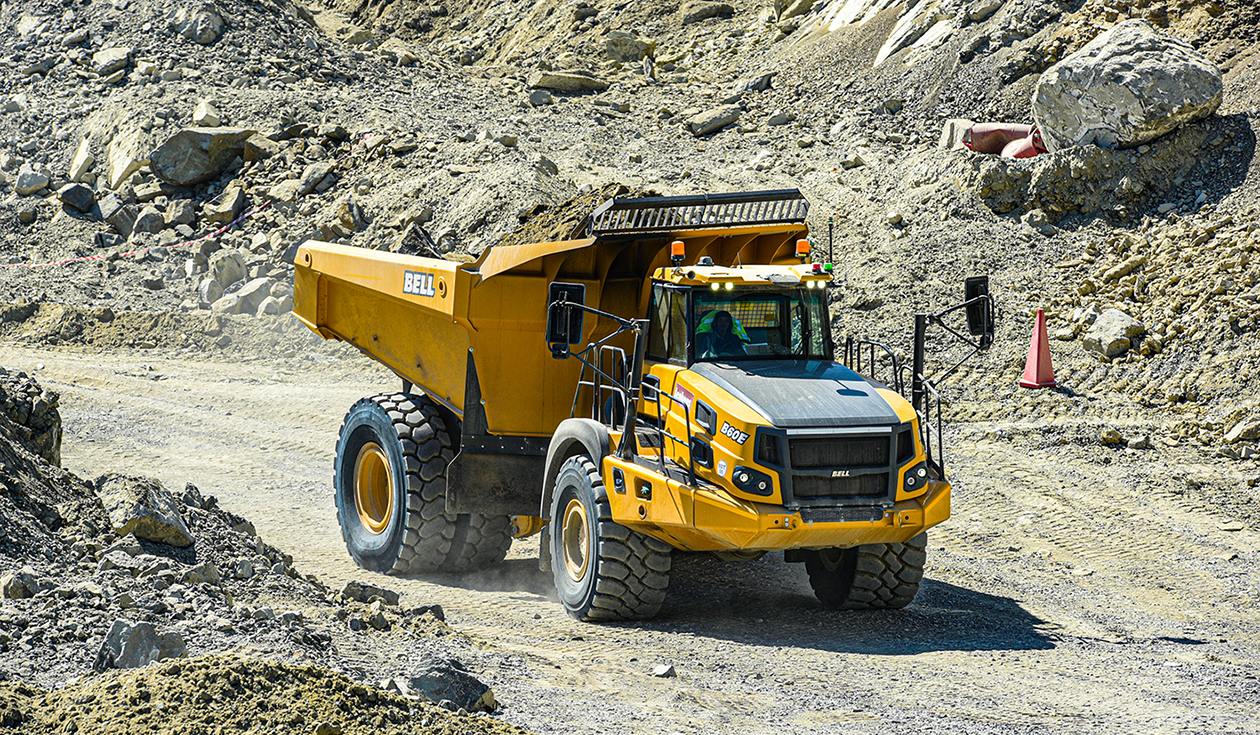 Mining chrome from opencast pits in South Africa’s North West and Limpopo provinces calls for durability – durable mining methods, durable people and, above all, durable haulage equipment because this dense and abrasive material quickly shows up any weaknesses.

The way chrome ore bodies are mined presents its own challenges as reefs often dip sharply, which makes for longer and steeper ramps. Here haulage vehicles’ durability is tested to the limit and additional traction helps to extract the maximum life from a tyre, an important and expensive part of any yellow machine haulage fleet, as a well-established Rustenburg-based contract mining company has discovered.

Benhaus Mining Services originally started out as a transport company when Ben Botha founded the company back in 1969 hauling mainly sand and coal. Successful forays into civil construction followed but the company found its niche in the mid-1990s when it unbundled from a partnership structure to focus on opencast mining services in especially chrome mining and later limestone, gold, platinum and coal.

“We’re a modern South African company and proud of our strong Broad Based Black Economic Empowerment component,” says Herman Botha, the company CEO. His father, Ben, still acts as an advisor supporting Gustav Heuer and Themba Khumalo, who along with Herman, make up the Benhaus Mining Services’ management team.

“The backbone of our tasks as a mining services company lies in the load and haul of topsoil, overburden and whatever ore is specifically mined,” Herman explains. “All haulage vehicles such as articulated dump trucks (ADTs) and rigid dump trucks (RDTs) have a certain life-span but due to economic conditions, we’ve changed our replacement policy to now run especially ADTs to between 16 000 and 18 000 hours before considering replacing them.”

Benhaus Mining Services has for many years relied on ADTs supplied by Bell Equipment and has a fleet of Bell B20, B40 and B50 ADTs. With 10 Bell Graders and eight Bell Wheel Loaders, Benhaus’ yellow Bell fleet numbers almost 80 machines.

“Late in 2020, when we decided on replacing some older ADTs, we were intrigued by Bell Equipment’s revolutionary Bell B60E 4x4 ADT with its two axles instead of the traditional three-axled trucks,” Herman says. “We spoke to our Bell Equipment Sales Representative in Rustenburg, Deon Swart, and he arranged for us to get a Bell B60E ADT as a demonstration model. During the two months that we used it on an opencast chrome mine we were astounded by many of its features and its performance.”

The Bell B60E ADT is designed to be a crossover of a traditional ADT and an RDT. The most obvious sign of this is the single rear axle that allows much tighter turning circles, which according to Herman Botha and his company’s COO, Gustav Heuer, is a major plus point in some narrow mining pits.

As with a traditional ADT, an oscillation joint keeps all the wheels in contact with the ground for consistent all-wheel drive traction, but with the centre axle missing there is almost no scuffing on the rear tyres which means extended tyre life. During an unusually wet summer, the Bell B60E ADT has proven itself to outperform rigid trucks, comfortably operating in slippery underfoot conditions where 6x6 traction is normally non-negotiable.

“We’re confident that this feature will save us money in the long run as tyres are an expensive cost factor in the life of any truck,” says Gustav. “Another big selling point for us is the B60E’s flat-bottomed bin of 35 cubic metres that resembles that of a rigid truck in its dimensions and geometry making it fully compatible with existing loading equipment to provide an ideal 2:1 heap of coarse blasted material.”

The Bell B60E ADT also boasts many safety features such as Hill Assist, Tip Safe, downhill speed control and automatic traction control. Other standard features include auto-greasing, onboard diagnostics and a rearview camera. Benhaus Mining Services had chosen to upgrade the Bell Fleematic® monitoring system to the Premium package, which provides comprehensive feedback on operator and machine performance over a five-year period.

“Another important item in lowering our production costs concerns fuel burn and here we can happily report that the Bell B60E ADT is definitely lighter on fuel than its rigid truck counterparts whilst carrying the same payload,” Herman adds. “The B60’s consumption is between 26 and 28 litres an hour while carrying a 55-tonne payload over haul distances measuring between 500 metres and 2km in one direction, and this we find very pleasing.”

Demonstrating features of any equipment is one thing but Benhaus Mining Services put its money where its collective mouth is. After being so impressed with the performance of the demonstration model Bell B60E ADT the company included it in the purchase of a fleet of six trucks of which three were delivered at the end of 2020 and three more in February 2021.

Herman Botha has the last word when he says: “We’re very pleased with our decision to buy this fleet of what we believe are more versatile haulage trucks that will initially carry more overburden than chrome ore. The Bell B60E ADT is packed with innovation, competitively priced and its performance makes us confident that this combination will bring lasting returns for us and our customers alike.” 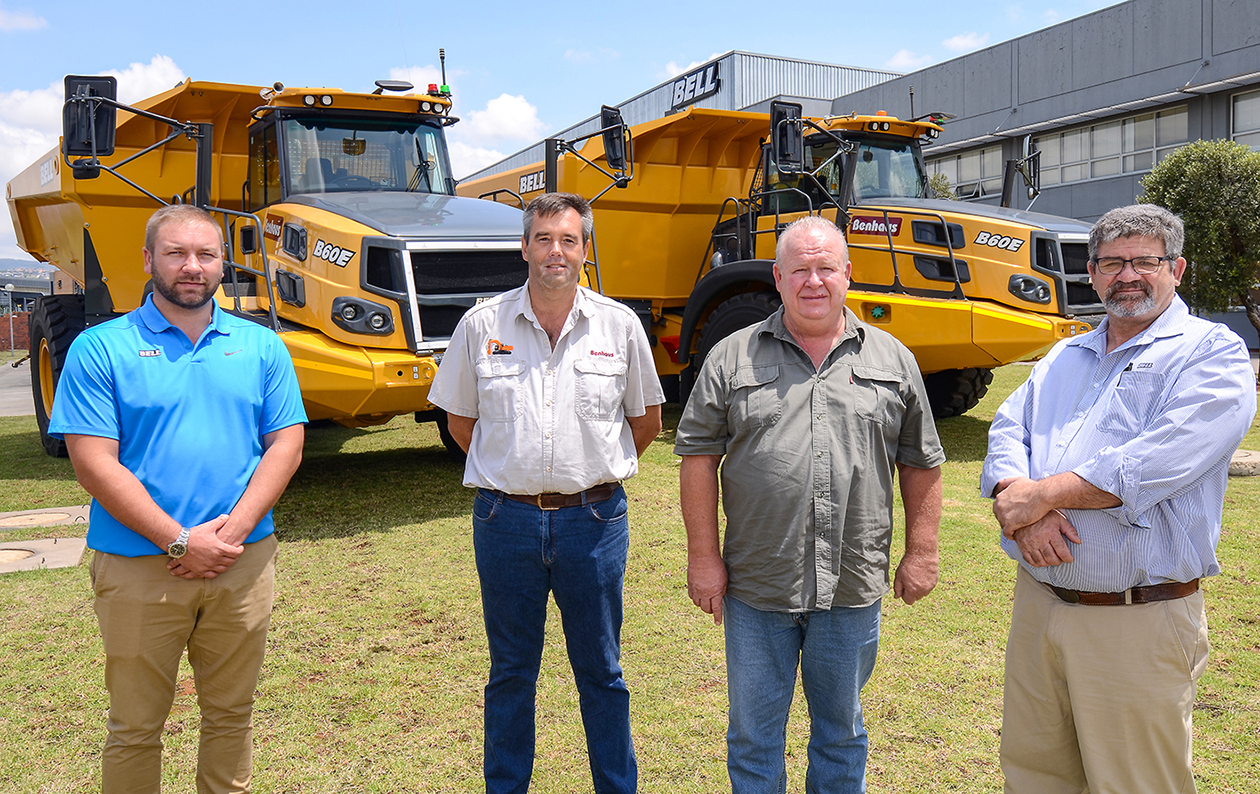 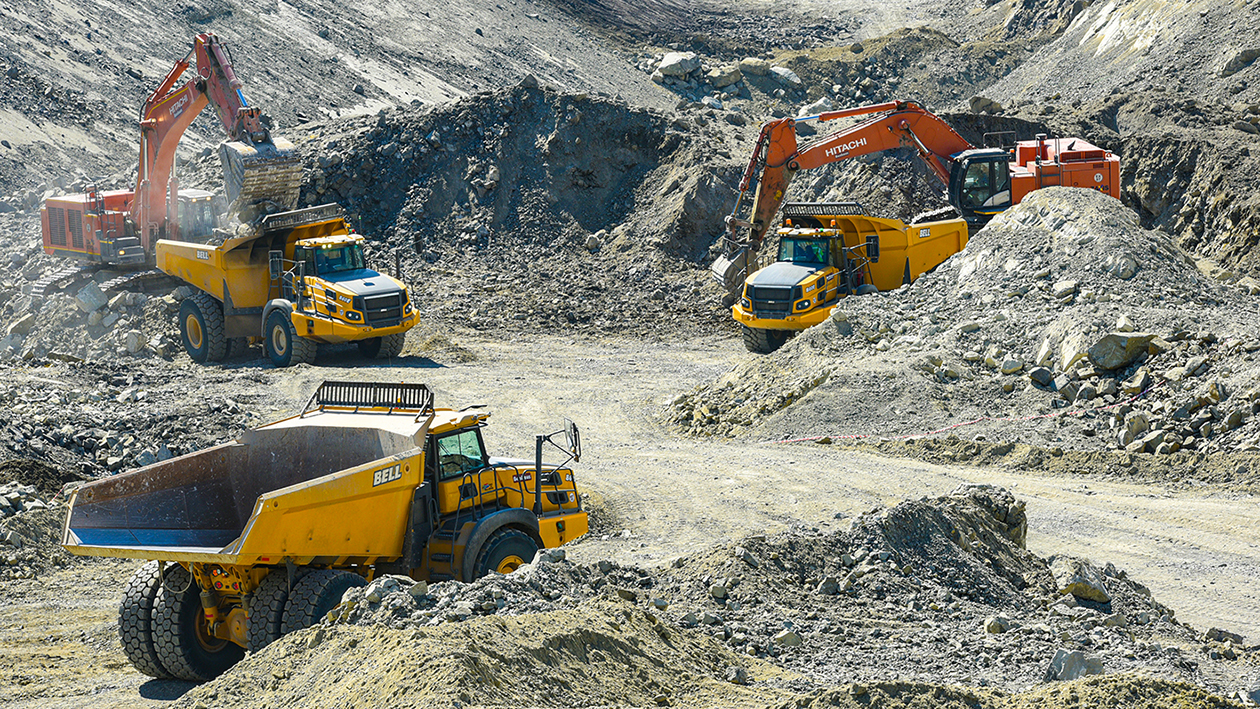