In alluvial diamond mining, as with any other mining or quarrying operation, the lower cost per tonnes of pay dirt produced would find favour with those whose purse is affected.

To therefore save a massive R40 000 per week in diesel fuel costs by employing a duo of Finlay Screens instead of an electrically driven static screen run off a diesel generator must surely make sense.

There is fertile ground for alluvial diamond mining near the present run of the Orange River, south of the town of Douglas in the Northern Cape. In 2017 four experienced diamond miners got together under the name of Nelesco 318 to mine the elusive gemstones in the reddish earth known locally as Rooikoppie. They are Braam van Greuning, the CEO of the company, Basie Viljoen, Pieter van Zyl and Dirk Fourie. The group currently mines two concessions at Remhoogte and Saxendrift respectively.

We spoke to Cobus Botha, the mining manager at the Remhoogte mine. “With the formation of the mining company Nelesco 318, each partner sold some of his equipment, especially articulated dump trucks (ADTs) into the mix and we took over a variety of wheeled loaders and excavators from the mining group which had previously mined this ground,” he tells us. “We have a fleet of ten Bell B40D ADTs running here at Remhoogte and ten Bell B50D ADTs at Saxendrift. All machines have between 12 000 and 25 000 hours of service, which is testament to their longevity.”

Mining at Remhoogte mine is done in two shifts for 20 hours a day, five days a week. Topsoil is stripped and stockpiled for use in later rehabilitation. According to Cobus, the calcrete gravels and deeper basal gravels are relatively shallow which means that stripping ratios are less critical.

“We load the diamond-bearing gravel with an excavator and this is hauled to a stockpile from where it is fed into a Finlay 883+ Screen. We bought the Finlay 883+ Screen first as it is used as a scalping screen and removes the oversized material out of the system at the start of the screening process. This oversized material is fed back into the mining area and forms the base of our later rehabilitation,” he explains.

“We chose the Finlay 883+ Screen for a number of reasons but most imortantly was that the brand is backed by Bell Equipment and with our existing solid relationship with the company and its Sales Representative, Eric van der Merwe, and CSC Team Leader, Shaun Malan, in Kimberley we knew we could count on dependable technical and parts backup that would ensure maximum productive uptime for us.”

According to Cobus, some of the Nelesco 318 partners also had Finlay Screens in their own previous operations so suggesting the Finlay brand as first choice was an easy sell. They however found that a high sand content made processing the gravels difficult and for this reason they recently took possession of a Finlay 694+ Inclined Screen.

“The way in which the Finlay 694+ Inclined Screen separates out the sand is quite phenomenal, and we can honestly say that its purchase has only added value as we are assured of feeding our four, 16-foot pans with diamond-bearing gravel of a far better quality,” Cobus says. “Another noteworthy feature is the amount of fuel and subsequent money we’re saving. Before we used to feed all the material through a static screen which ran off a generator powered by a diesel motor and this machine consumed 1 000 litres of diesel a day. Running the two Finlay screens we’re now saving up to R40 000 a week.”

“The feed to our four pans needs to be approximately 100 tonnes per hour but our two Finlay Screens running in tandem are easily pushing out 300 tonnes per hour, which means that we’re always ahead of our processing capacity in the pans. This just goes to show that the combined Finlay 883+ and 694+ Screens are the correct tools for our application and with the huge saving in fuel costs they really do add value to our mining operation by lowering our production costs.” 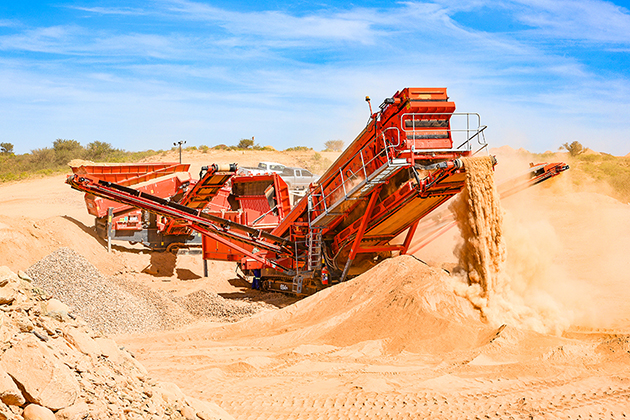 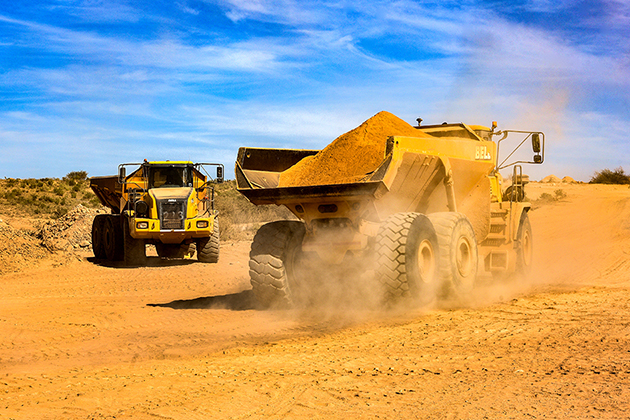 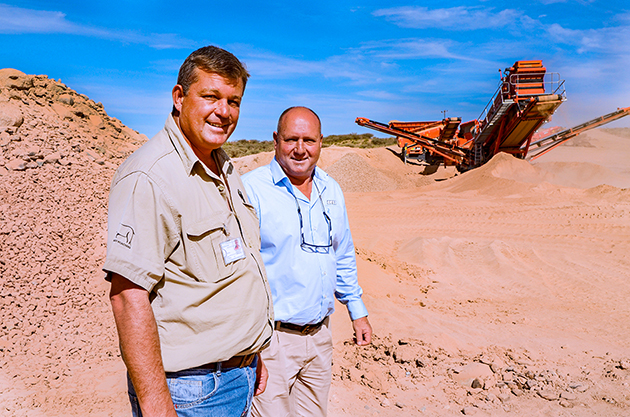