Afrimat invests in Bell ADTs and Kobelcos at Marble Hall

A nationally known supplier of industrial and construction materials has decided that the path to lower production costs starts by deploying its own fleet of yellow machines in favour of that of a mining contractor. In doing so, it has turned to an original equipment supplier whose products make up most of its yellow machine fleet.

Afrimat is known throughout South Africa as a leading supplier of aggregates, concrete-based products and industrial products. In addition to this it also undertakes contract mining especially in commodities. The Lyttleton Dolomite Marble Hall Mine, which has been mined for limestone and stone dust since 1920, was acquired by Afrimat in 2013. Its limestone is sold to the agricultural and chrome smelting industries while stone dust is used as a fire retarder in coal mines.

“We had a mining contractor doing our load and haul from the mine to the plant over the past four years but earlier in 2018 we took the decision to acquire our own larger mining equipment and do the work ourselves,” says Adriaan Lategan, Afrimat Group: Physical Asset Management Lead for Mobile Equipment. “Our thinking was that larger loads would lower our cost per tonnes produced and, for this reason, we approached Bell Equipment with whom we have a long and positive working relationship.”

According to Adriaan, his company mostly uses Bell B30D and E-series Articulated Dump Trucks (ADTs) for their load and haul operations in quarries and their total fleet numbers more than 100 of these machines. Longevity of equipment has always been key to Afrimat and to achieve that, the company adheres to strict periodical and preventative maintenance schedules. Proof that this is the correct way to go can be seen in the hours on their Bell ADTs, many of which boast 30 000 hours of service.

A work study undertaken at the Marble Hall mine by Bell Equipment Sales Representative, Johan Myburgh, showed that five Bell B30E ADTs loaded with a Kobelco SK500HDLC 50-tonne excavator would deliver the same production in tonnes as three Bell B45E ADTs loaded with the same excavator.

“We decided to go for the latter option as it meant fewer operators on a given shift,” Adriaan explains. “We’re also not governed by bench sizes as in some of our other mines and quarries and we could thus comfortably manoeuvre the larger trucks around the Marble Hall operation. A bonus is that our primary crusher’s feed hopper has been designed for larger trucks such as the Bell B45E ADT.”

The Afrimat Lyttleton Dolomite Mine at Marble Hall took delivery of three Bell B45E ADTs and two Kobelco Excavators, a SK500HDLC and a SK350LC, in May 2018 and they were put to work on 1 June. The equipment was bought with standard warranties of 6 000 hours on the wet drive train and hydraulics.

Stephan Becker, the Mine Manager at Marble Hall is full of praise for his company’s choice of excavators to load the new Bell B45E ADTs. “We need to extract 100 000 tonnes of ore per month and I believe this Kobelco SK500HDLC is the correct loading machine for that purpose,” he says. “Coupled with the second slightly smaller excavator, we have flexibility in loading, stripping topsoil and run-of-mine processing as the Kobelco SK350LC Excavator can be fitted with a hydraulic hammer as well, a process which does not take long at all due to its quick coupler.”

Mining limestone means that extra care needs to be taken with lubricating especially loading equipment such as excavators. The two new Kobelco Excavators have been fitted with state-of-the-art twin Groeneveld Lubrication Systems. Each intelligent lubricating system comes complete with a PC board and a memory, which allows a lubricating history to be downloaded for diagnostic purposes. The system is activated whenever the machine is switched on and greasing points get the correct amount of lubricant constantly while the machine is working. This, both Groeneveld and Afrimat believe, allows for greater machine availability and aids longevity.

“Our immediate planning with this new fleet is for 5 200 tonnes a day over a 22-day working month, which means each Bell B45E ADT needs to do between three and four cycles an hour,” Stephan explains. “While we can physically monitor the performance of the ADTs, we have the added advantage of Bell Equipment’s Fleetm@tic® system, which gives us a lot of valuable information.”

“Apart from our normal operations in the pit, we can decide where and how the plant should be utilised for ancillary tasks such as creating and maintaining infrastructure, ramps and haul roads. In the past we would hire in plant for this purpose which was an added cost to the company but having our own fleet of new equipment that cost is now largely avoided or at worst, reduced.”

“We are all confident that operating and managing our own fleet is the way to go to lower production costs and having one trusted supplier such as Bell Equipment on our side, backing both the haul and loading equipment it sells, fares well for the road ahead,” he says. 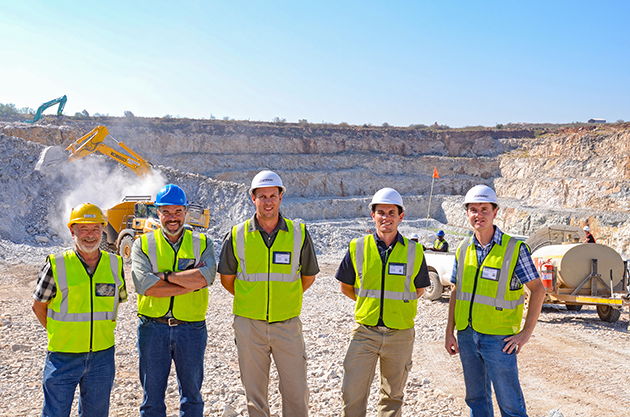 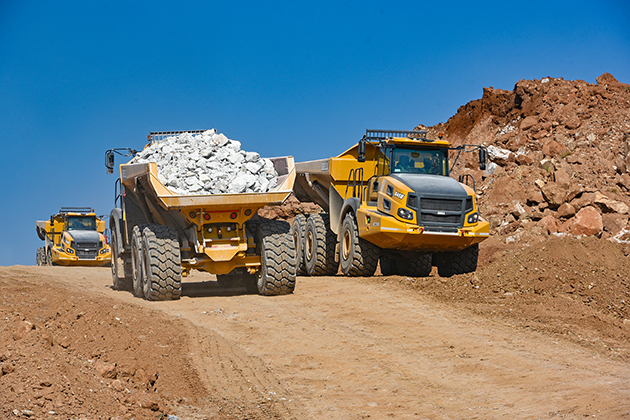 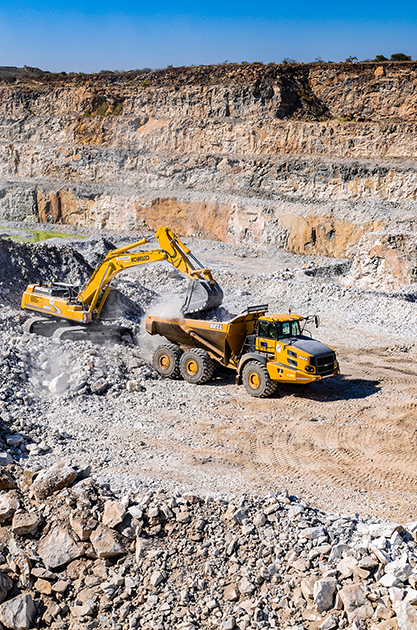 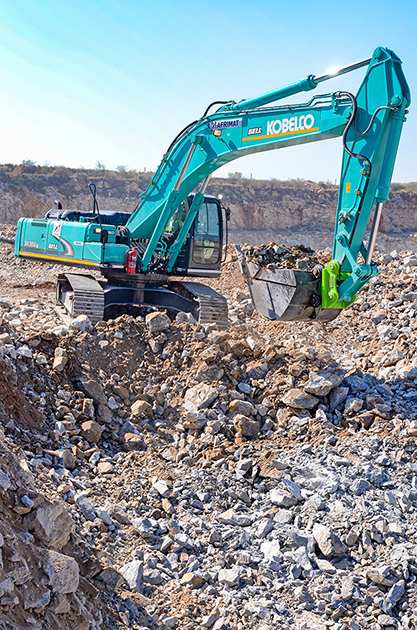