One of the country’s leading earthworks, quarrying and training specialists, the Kelston Sparkes Group, has introduced a new Bell ADT model to its impressive fleet with its recent investment in four Bell Equipment B45Es.

The company, which has recently marked the 20th anniversary of its highly successful training school, already runs one of the most sizeable ADT taskforces in the UK - inclusive of the largest fleet of Bell B50E vehicles in Europe. Proud of its company heritage, family operating history, commitment to training and prevalent principles of safety, quality and value, Kelston Sparkes has brought the new Bell models on board to reinforce its safety credentials, reduce site traffic and lower fuel consumption, as company Director, Kelston Stark explains:

“We began investing in large capacity Bell ADTs back in 2015,” he says, “establishing our Bell fleet with the purchase of four B50Ds, followed by a further four the following year. Bell was the only manufacturer to be able to offer us an ADT of this tonnage and we quickly found that the machines’ ground capabilities would lead to two additional purchases in 2017. Then in 2019 we purchased our first consignment of the evolved model, the B50E. We secured four machines, which have certainly delivered in terms of improved visibility, ride experience and heightened safety features.

“Both model types have been superb to work with and have presented us with a cost-effective route to achieving larger payloads in the quarry environment. However, we’re a versatile operator and felt that by investing in an ADT that offers greater flexibility, whilst still meeting our high payload expectations, we could provide clients with even more resourceful solutions.”

Kelston refers to the company’s investment in four B45Es - a relatively new model to the UK that is larger than the Bell B40E but more manoeuvrable than the B50E, making it suitable for both quarrying and non-quarrying applications.

“Fewer vehicles means reduced traffic volume on and around the site,” Kelston adds, “which in turn makes operations safer and improves integration with road waggons.”

The company’s operatives have the expertise to get the most effective information from the system’s real-time tracking and monitoring, and Kelston confirms that providing superior levels of training for operatives, alongside high calibre machinery, continues to be a pinnacle part of the Kelston Sparkes’ ethos. Providing accredited training for CPCS (Construction Plant Competence Scheme) and OSAT (On-Site Assessment Training), as well as specific grants for CITB (Construction Industry Training Board) registered companies, the company’s training school has recently marked its 20th anniversary of successfully equipping both employees and external personnel with specific training to keep them safe, qualified and progressive.

Concluding, Kelston says: “We return to Bell Equipment for good reason. With our fleet’s older Bell ADT machines now close to achieving 11,000 hours, Bell equipment readily proves itself to be reliable and hardworking, as well as capable of moving materials cost effectively, consistently and safely to benefit client, operative and company alike.” 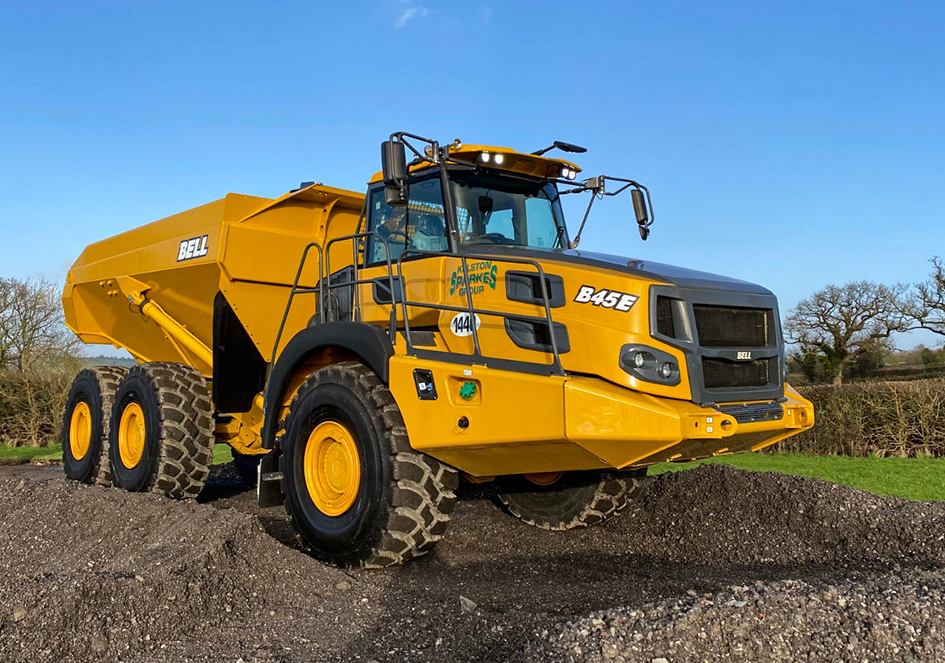