Applying one’s mind is a popular concept for achieving success but when you have the luxury of applying two educated and keen minds to achieve the same goal, ultimate success in almost any challenging field is the result.

Such has been the case when Rhandzu Ngobeni, a mining engineer, and Bonga Myeza, a geologist, put their heads together while working for a well known international mining company. “We thought we’d find a profitable future in providing technical services and project management to junior mining companies in the coalfields around Emalahleni (Witbank) and Middelburg in Mpumalanga,” Rhandzu Ngobeni says. “These services would include pre-feasibility studies, short and long-term mine planning, mining scheduling and execution.”

The pair established their company Ritluka Resources in 2014. ‘Ritluka’ is the Tsonga word for ‘leaf’ which symbolises growth as a sign of life. By 2016 Rhandzu and Bonga had knocked on enough doors and done enough groundwork to start employing people, and later that same year they landed contracts to assist in production for both underground and surface coal mining.

“We were delighted to land a large surface coal mining contract in 2019 for a major coal supplier but we immediately faced the daunting prospect of needing to source a fleet of yellow mining equipment for us to fulfill our side of the bargain,” Bonga Myeza says. “Fortunately, our clients were well versed in a successful enterprise development initiative with Bell Equipment and it was to this local original equipment manufacturer and supplier that we turned for our all-important haulage fleet.”

“Because of the volumes of overburden and coal we were tasked to move each month, we knew we had to find some large trucks. We were confident in choosing Bell Articulated Dump Trucks (ADTs) as experience had shown that this was the benchmark machine for haul trucks, especially in wet coal mines,” Bonga says. “We had originally considered the Bell B50E ADT but were quite satisfied in the performance promised by the three Bell B45E ADTs we took delivery of in May 2020.”

“The sales experience with Bell Equipment’s knowledgeable management and sales staff was pleasant and it’s a real confidence booster to meet a distributor that clearly understands and appreciates your business model and the potential challenges a young company such as ours could face,” Rhandzu adds. “We’re convinced we made the correct choice of the Bell B45E ADTs with extended warranties on the wet drivetrain and hydraulics to 12 000 hours or 36 months, and a service contract as a technical backup.”

Ritluka Resources’ three Bell B45E ADTs are deployed on an opencast coal mine near Kriel in Mpumalanga which produces thermal coal for the domestic and export market. They are loaded in the pit using 70- and 90-ton excavators and move overburden with specific gravities of 2,5 and coal, which is less dense. Haul distances vary between 1,7km for overburden and 3,5km to the run-of-mine tip area where the raw coal is deposited. Two 10-hour shifts around the clock sees the Bell B45E ADTs in almost constant daily use and, although they are still relatively new, their high mechanical availabilities and frugal average fuel burn of 20 litres an hour has impressed both owners and clients.

“The coal mining areas get quite wet and with the rainy season at hand we’ve been impressed by how well these Bell B45E ADTs handle tricky underfoot conditions with their all-wheel drive traction when fully laden,” Bonga explains. “With the bin being not that much smaller than that of the Bell B50E ADT, we’re still meeting our monthly production targets with ease due to fast enough cycle times.”

“Our immediate aim is to establish ourselves in the coal mining industry before moving on to doing mining in other commodities,” Rhandzu adds. “As the only company to currently offer mining services in both surface and underground mining, we have additional opportunities in coal in the offing and will certainly be talking to Bell Equipment about enlarging our haulage fleet when these contracts come to fruition.”

Both partners though are adamant about one important aspect of equipment ownership as they echo: “While hiring mining equipment is handy and a quick fix at times, it does eat into your bottom line. On the other hand, being seen as owners of new equipment that guarantees maximum uptime through solid technical backup by reputable distributors, such as Bell Equipment, reaffirms the view in the minds of existing and potential clients that you are a serious player and here for the long run. That’s what we aim to be!” 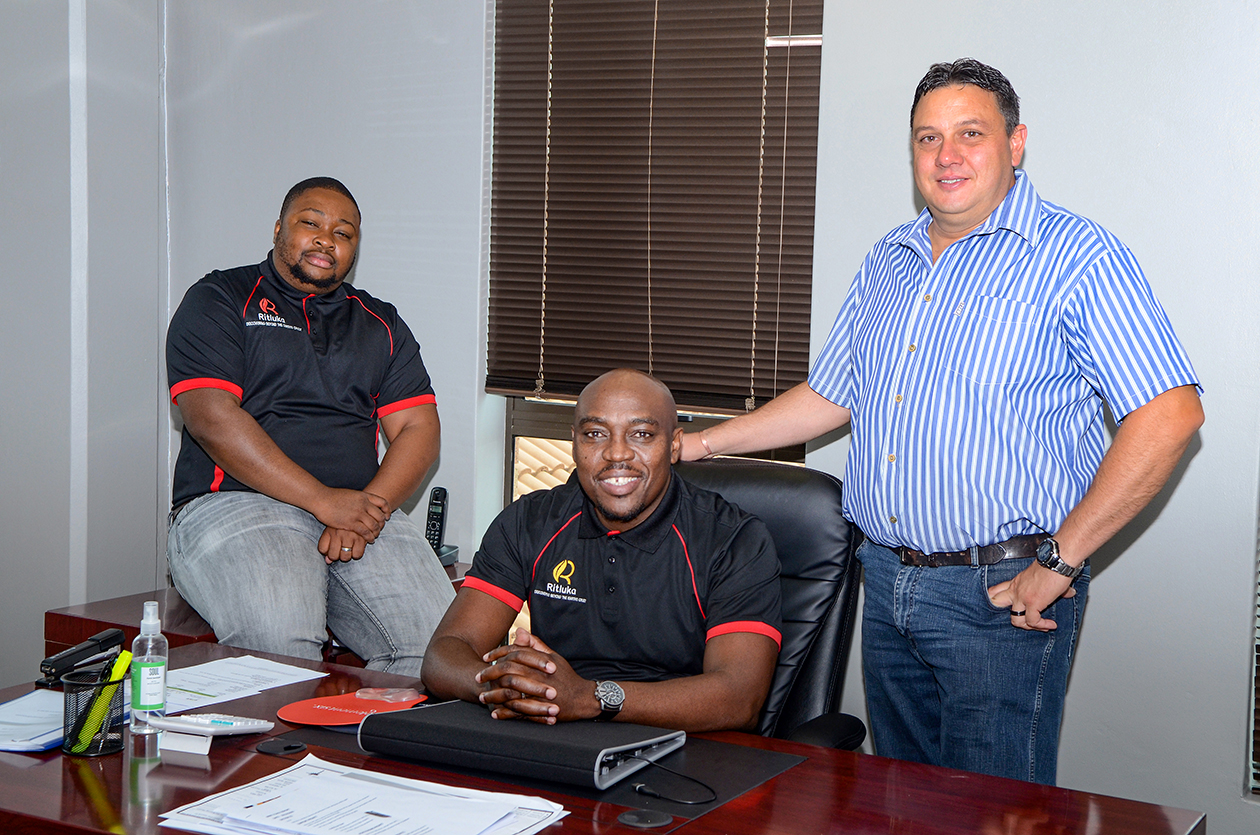 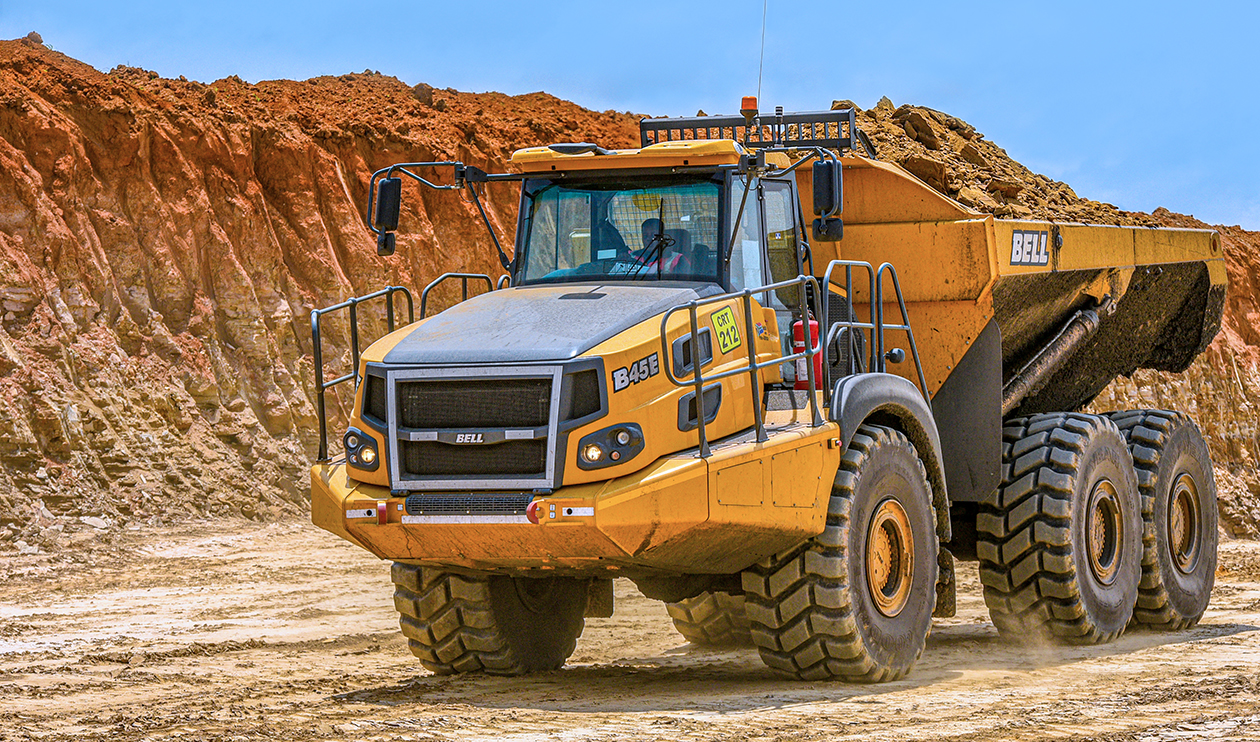