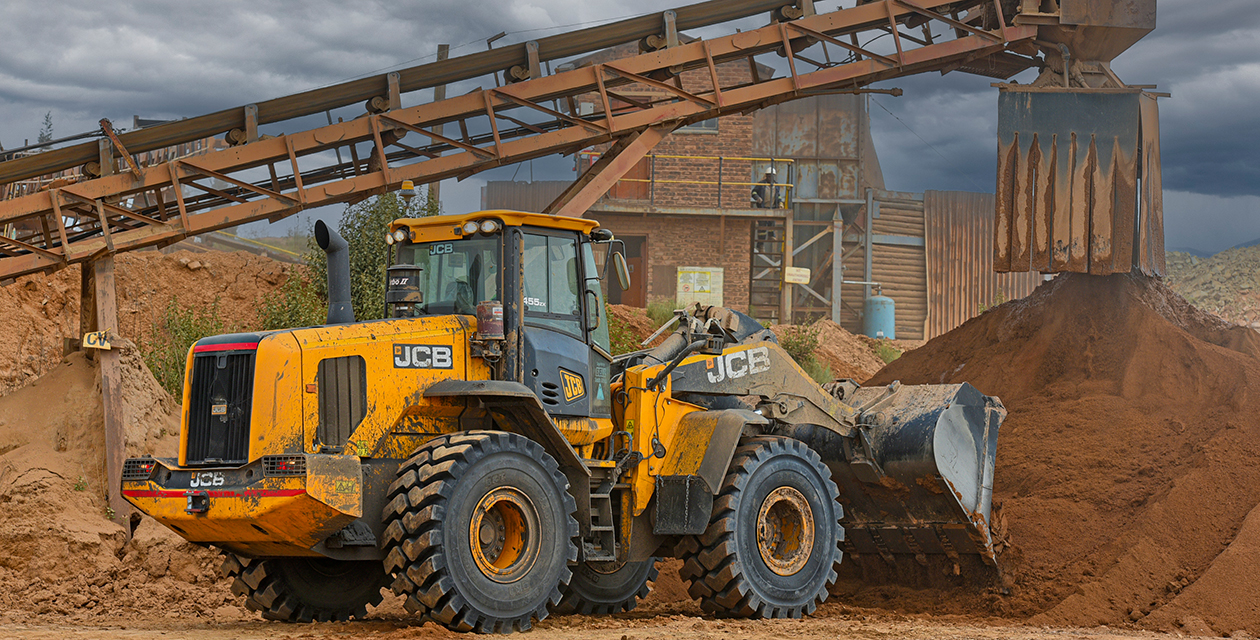 Mention nine million bricks to the average person and one cannot really comprehend how many bricks there would be when they are all stacked on pallets, drying in the Highveld sun. But this is the reality and responsibility that faces Dawid Nagel and his team at Apollo Bricks every day as they keep producing that number of clay bricks each month, and sometimes more.

The Apollo Bricks operation near Bapsfontein in Gauteng, is one of two such production facilities that fall under the Brakkefontein (Pty) Ltd banner. The other is at Atlantis in the Western Cape.

A brick plant is by its very nature a large user of yellow machines and driving around the large property Apollo Bricks occupies, one is struck by the fact that almost all the yellow machines working there are manufactured and sold by Bell Equipment. A total of 12 Bell 220A Forklifts and Bell 225 Versalifts criss-cross the many tracks leading to the drying areas in a ballet of constant movement, seemingly choreographed as they pick up pallets of green bricks (bricks not yet kiln fired for hardness) and deposit them in rows to dry.

In the pit, where the clay is mined using an excavator, the raw material is hauled to the milling area by a Bell B30E Articulated Dump Truck (ADT) boasting 23 000 hours of service, along haul roads where dust is suppressed using a water bowser mounted on an older Bell B30D ADT.

Making clay bricks follows an age-old process. The mined clay is left to weather before it is milled and then soured where water is added to equalise the moisture in the raw material. This material is fed into the extruder from where it emerges in a long slab. The long slab is pushed through a harp cutter which cuts it into brick-sized sections. The green or wet bricks are then stacked onto pallets using industrial robots and the pallets of bricks are taken outside to dry.

Drying bricks is very weather dependent with 21 days being the norm. The dry bricks are stacked into a formation known as a clamp that contains fire boxes filled with combustible material. This is set alight and the clamp acts as a large kiln, firing the bricks, which each contain a small amount of coal that burns away and hardens the bricks. This baking process takes around 14 days in winter when the Highveld air is dry and 20 days in summer as there is more moisture in the air.

Returning to the pad where the soured clay material is fed into the extruder of the brick plant, we meet the new star of the Apollo Brick yellow fleet. Dawid takes up the story: “We used to run two Bell L1806E Wheel Loaders to feed the milling plant with weathered clay raw material (clay breaks down when left outside), load soured material and coal into the extruder, remove waste material and do general housekeeping. The one Bell L1806E Wheel Loader is now undergoing a rebuild under the expert eye of our workshop manager, Gavin de Villiers, and the other similar machine was traded in on our new Wheel Loader, a JCB 455ZX, which is making our eyes water with its performance.”

Dawid and his team have been impressed with the ease and speed with which the JCB 455ZX Wheel Loader heaps the soured material into its generous 3,1 cubic-metre bucket while burning an average of only 18 litres of fuel an hour.

“This new JCB 455ZX Wheel Loader is currently doing the work that two machines normally do and is doing so with ease. Once the Bell L1806E Wheel Loader has been repaired and returned to service the two loaders will work as a team,” says Apolllo Bricks’ Workshop Manager, Gavin de Villliers. “It seems to get the job done at low revolutions and the selective all-wheel drive function coupled with real grunt in its break-out force is a big plus point.”

“Considering the new JCB 455ZX Wheel Loader’s present high utilisation for us where, as Gavin says, it’s doing the work of two machines, it’s lower fuel burn is saving us a massive R25 000 per month which is remarkable,” Dawid adds.

The JCB 455ZX Wheel Loader was bought with a standard one-year warranty and unlimited hours. Its initial services at 500-hour intervals will be done by mechanics from Bell Equipment’s Jet Park Customer Service Centre. Both Dawid and Gavin point out that the reason their company has such a long relationship with Bell Equipment is due to accessibility. “I can call on our Bell Sales Representative, Chris Botha, or a host of other people from product support representatives to mechanics at any time and will get support because we know them all by name, which is a rarity these days,” Dawid says. “It matters little that JCB is a new brand for Bell Equipment because the support of the product is still 100%.” 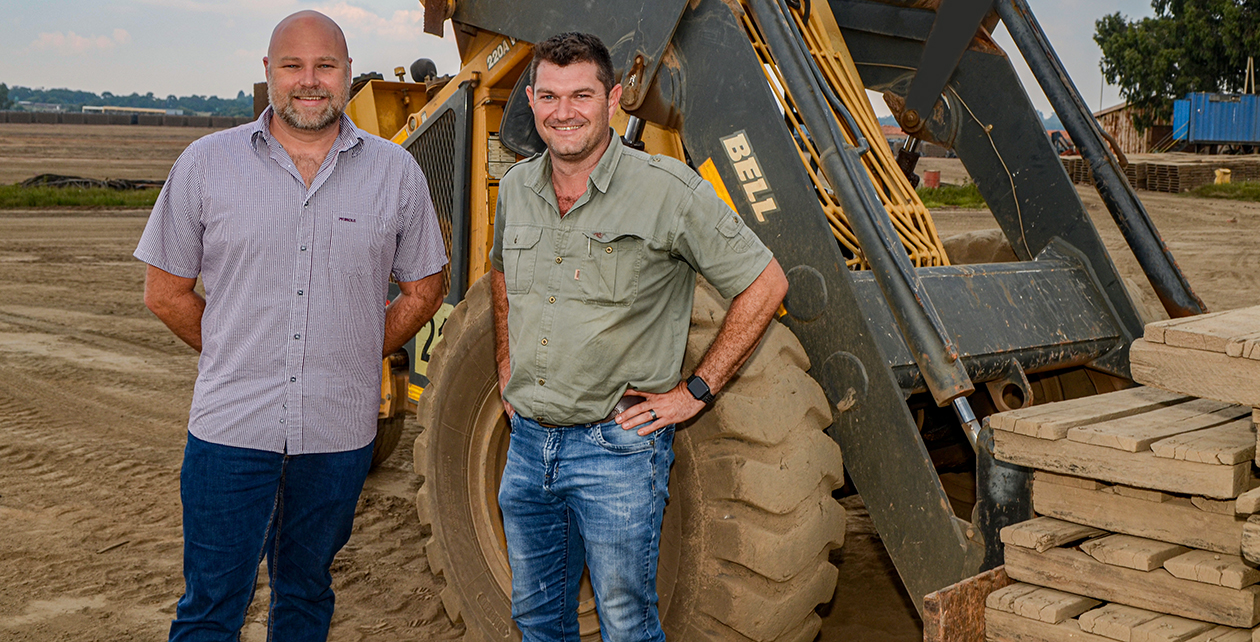 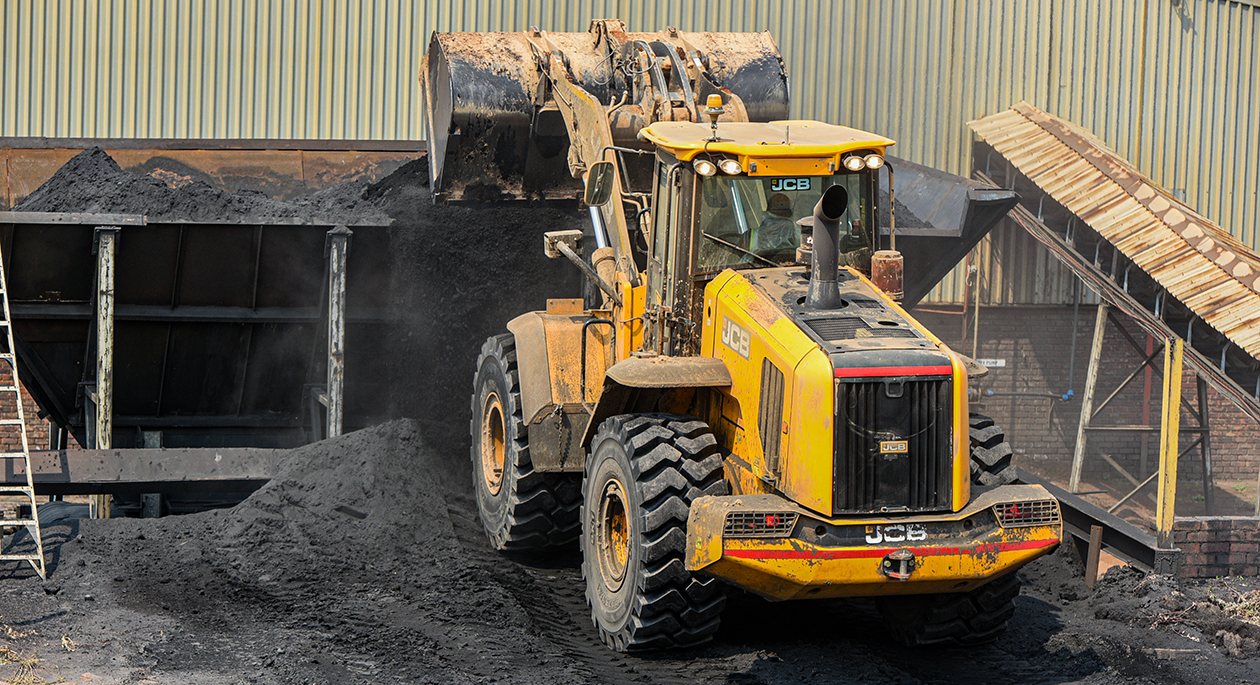