Continuing a relationship that’s been in place since 2003, established plant operator Earthline has secured the purchase of two additional L2106 Wheeled Loaders, and a further B30E ADT, expanding the Bell Equipment element of its fleet to sixteen machines.

As one of the largest independent earthmoving, recycling and quarrying companies in the south of England, Earthline has steadily built its extensive fleet of 120 plant vehicles over 30 years, and with it developed a reputation for supplying clients with machines that perform consistently within extremely challenging environments.

With B30Es and L2106 Wheeled Loaders already operating as part of the Earthline taskforce, Philip Coplestone, the company’s director, knows exactly what to expect from his recent order:

“Our experience of both Bell Equipment models has been extremely positive, which is why we’ve no hesitation in returning to Bell for these latest machines,” he explains. “For years, we’ve put Bell Loaders and ADTs to task in a series of demanding conditions and have, time and again, been extremely impressed with the performance, reliability, reduced downtime and productivity of these well-designed machines.

“We’re delighted with the models’ fuel efficiencies, whilst the aftercare and support provided by the Bell team has never let us down. Together we’ve formed a relationship that meets our needs and helps us to progress our business, so we can get on with doing what we do best.” 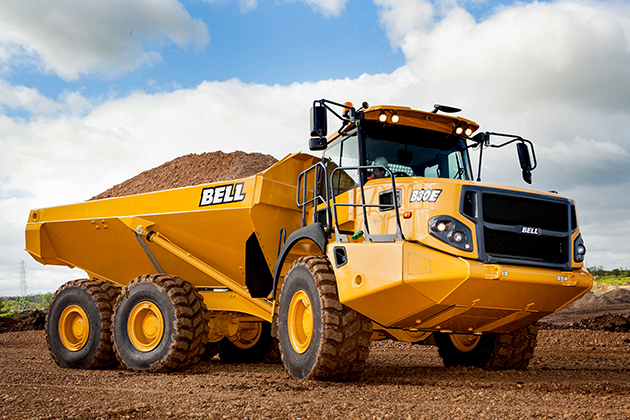