The Lufwanyama Pilala area southwest of Kitwe in Zambia is probably best known to those in the emerald mining industry because this is where some of the world’s finest examples of this green gemstone are mined. And much like diamond mining, a disproportionate amount of soil has to be moved to expose the emerald crystals from where they are then carefully removed by hand.

Grizzly Mining has been mining emeralds in this area since 1997. Since starting its operations, the company has relied largely on Bell Articulated Dump Trucks (ADTs) to move the massive amounts of overburden that it takes to get to the emerald crystals. Grizzly Mining first bought four Bell B25C ADTs and, after some 16 000 hours of service, two of these machines were traded in on larger Bell B30D models before adding three Bell B35D ADTs to its fleet. A fleet of Bell Excavators comprising of six HD1430s and one HD2045 machine were used to load the trucks.

“Our mine is best known for the rich colour our gemstones provide, which certainly sets our product apart from those stones mined in the rest of the world,” says Majed El Shaar, Grizzly Mining’s Operations Director. “I have learnt that as our mine has developed over the past 20 plus years, our earthmoving fleet manufactured and maintained by Bell Equipment has grown with us. We feel strongly that to maintain our position as the producers of the best quality and colour stones, we should increase our production and we quite naturally turn to our original equipment manufacturer of choice, Bell Equipment to assist us.”

The emerald deposits are determined by exploration drilling of which the drilled core samples are then analyzed. Mining emeralds is a typical drill, blast, load and haul open-pit operation. At the time of writing, Grizzly Mining was hard at work on a cut-back operation, enlarging an existing mining pit in a race against time before the rainy season, which starts in November each year and lasts until March the following year.

“Ours is a challenging environment for any mining equipment and we see our Bell B40D and E-series ADTs carrying 37 tonne loads on average up ramps of between 13 and 14%,” Majed says.

“The Bell ADTs’ power-to-weight ratio is very good and this translates into lowering our production cost per tonne, a crucial factor in any mining operation.”

The mined overburden consists of a thin layer of topsoil, softs and quartz rock, of which the latter is spread onto haul roads for better traction in the rainy season. Current haul distances from mining areas to both the mining plant and the waste dumps do not exceed 2km.

According to Maksym Voronin, Grizzly Mining’s Assistant Workshop Director, their Bell B40 ADT fleet returns average fuel figures of 23,1 litres per hour on the older D-series and 24,35 litres per hour on the newer E-series. “We don’t mind the slightly higher consumption of the new Bell B40E ADTs as they definitely have more horsepower and it shows in faster production cycles. They also have 5% more payload,” he says. “We’re looking forward to the return of seven of our older B40D ADTs which we’re sending to Bell Equipment in batches for refurbishing under the OEM’s Reman Programme. Once they return, we’re confident of getting at least another 10 000 to 12 000 hours of production from them at a fraction of the cost of a new ADT.”

“You may well imagine that anywhere in Africa, reliable technical backup and parts availability is paramount to any sustainable mining operation and this has been a stand-out feature of our company’s reciprocal loyalty with Bell Equipment over the years,” Majed adds. “An added advantage has been the company’s commitment to providing a sustained high level of service to us by placing a qualified mechanic on our site and he assists our machine operators with their daily checklists prior to starting a shift. Given the tough environment where we operate, we appreciate that any machine may suffer downtime but having Bell Equipment’s backing gives us confidence to always look ahead.” 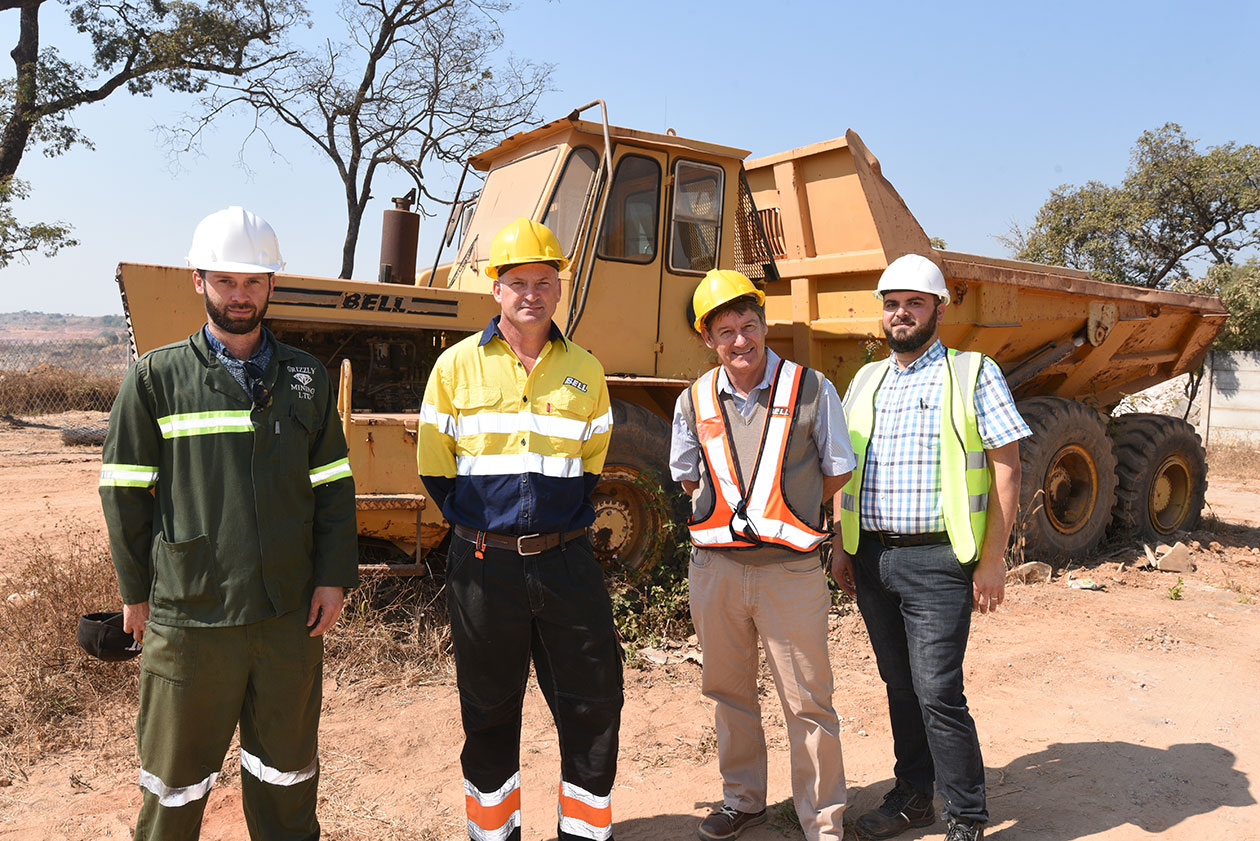 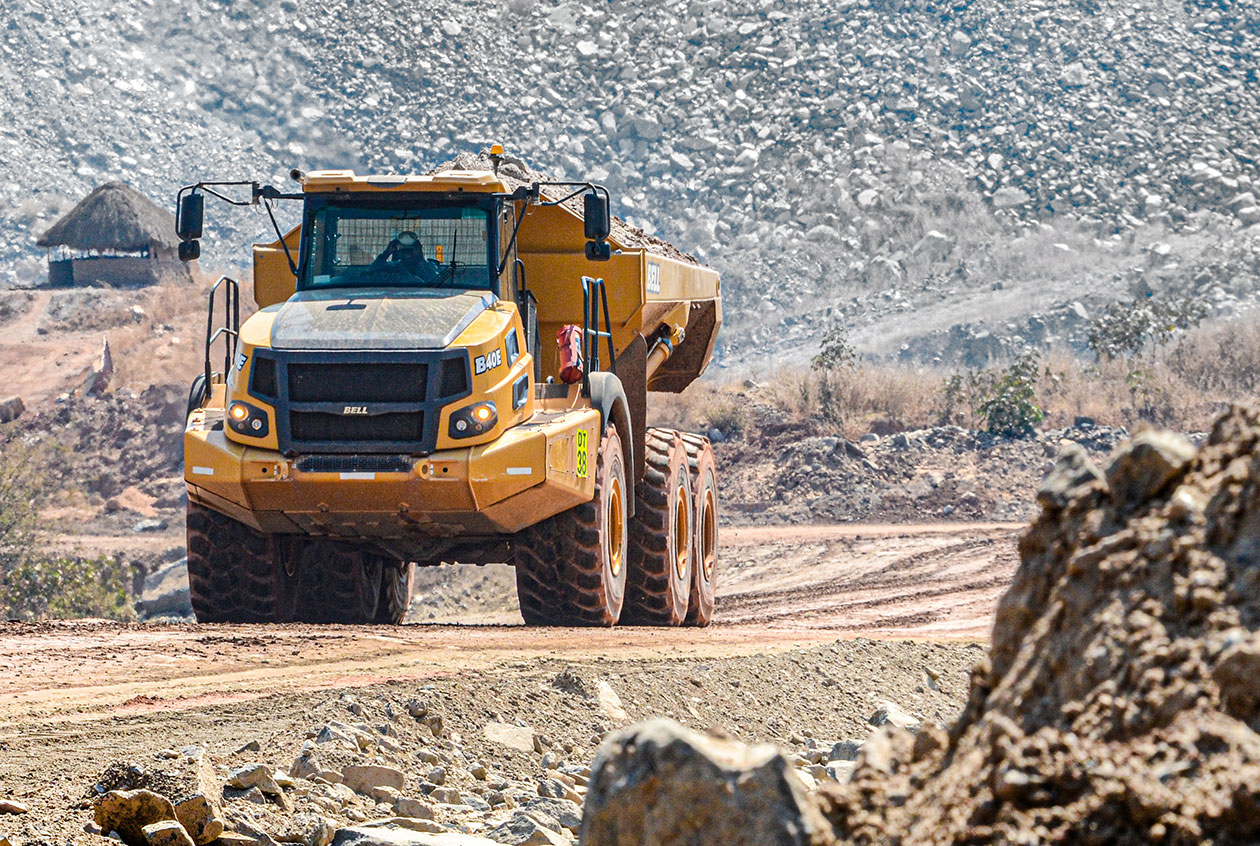