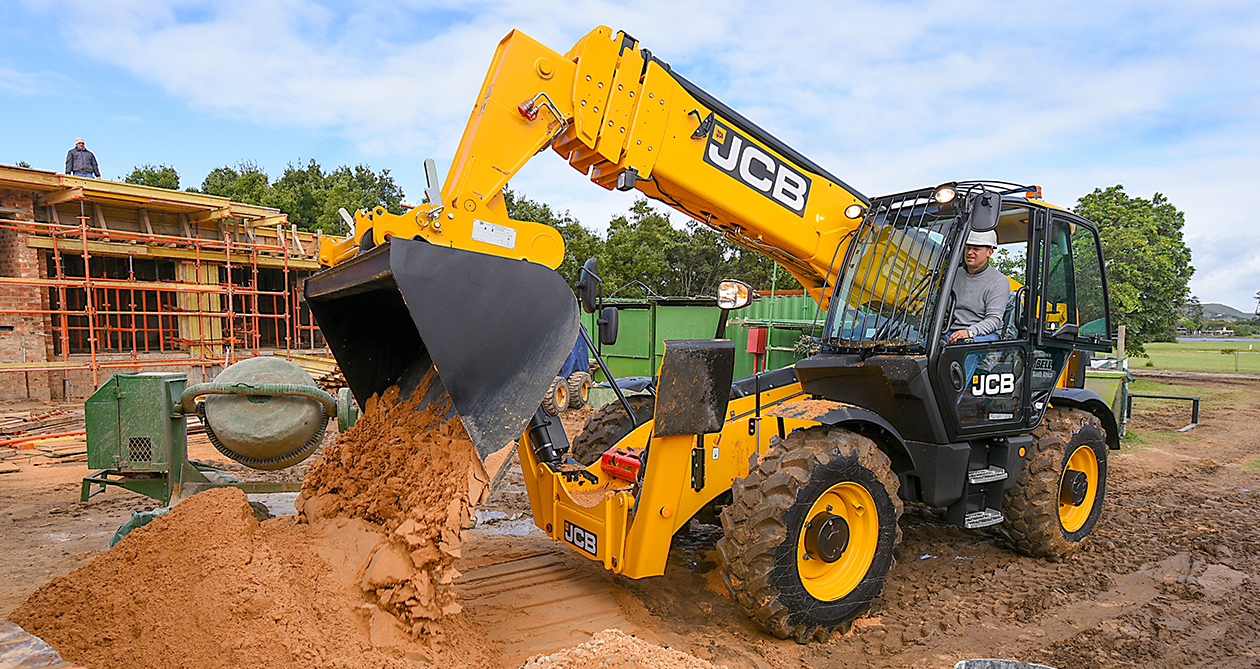 How do you get a sofa that is too large to go up a stairwell into a third-floor apartment, or what to do if your new fiberglass swimming pool needs to go into the backyard of your home that has no access there?

It’s pretty easy if you have a stable JCB 540-170 Telehandler and you simply extend its impressive 17-metre boom to reach those places with enough capacity for safe loads.

The introduction does not need to rely on ‘marketing-speak’ catchphrases but rather on actual situations that faced Plettenberg Bay-based Opihi Builders. Opihi Builders is owned by New Zealand-born Pete Henderson and ‘Opihi’ is a Maori word that means growth. According to Construction Manager, Raygen Hurford, the company has made its name in the picturesque Garden Route towns of Plettenberg Bay and Knysna since its founding in the mid-1980s and builds mostly luxury residential and holiday homes and high-density housing in secure complexes. Some commercial buildings make up the balance of the company’s portfolio.

“We can happily say we’ve built our reputation on delivering quality and ethical work and bringing projects in on time and on budget,” Raygen says. “We have noticed changes in the industry though as skilled labour becomes scarcer and clients demand shorter turn-around times, which has led to us becoming more and more mechanised.”

“It’s important to note that mechanisation doesn’t take away jobs but rather complements the human capital that is present.”

To this end, Opihi Builders had previously owned a JCB 540-170 Telehandler and with an upturn in the company’s post-COVID order book, they decided to sell the older machine out of hand and buy a new one from Bell Equipment in Port Elizabeth where Sales Representative Tom Swartz assisted them.

“Having owned a similar machine before, the JCB 540-170 Telehandler almost sells itself due to its many varied, safe and efficient uses,” Raygen continues. “From the outset, it immediately replaces antiquated technology like belt conveyors taking building material and support structures up to raised floors on multistoried building sites due to the long reach its 17-metre boom offers.”

Raygen goes on to tell us about the JCB 540-170 Telehandler’s mobility as being road legal – it can drive on public roads and can easily be moved between nearby sites without the use of lowbed transport. He mentions its tight turning circle through innovative all-wheel steering, making it the ideal tool in tight spaces like courtyards and parking areas.

“Some of the machine’s obvious uses are using the interchangeable bucket and fork arrangement, with its quick release pins, to move sand or stone aggregate and also pallets with bricks, cement bags, boxes of tiles or stacks of reinforcing steel and shuttering for concrete work,” Raygen says. “Then there are the less obvious uses like pouring concrete, moving six-metre shipping containers or waste skips and even roof trusses.”

“We plan to fit a pedestrian cage on the forks to ensure the safety of people having to work at heights. Site safety is taken seriously on all our sites and the JCB 540-170 Telehandler goes a long way to ensure those standards remain in place.”

According to Raygen, they were very happy to see that a truly South African company such as Bell Equipment, with its large service footprint, had become the South African distributor for JCB equipment. This now gives them the option of getting their JCB 540-170 Telehandler serviced at either the Bell Equipment branch in Port Elizabeth or George, depending on which one is closest to the where the machine is deployed.

“From previous experience, we know that local plant hire companies in our immediate area don’t offer telehandlers for hire and we’re confident that, as it happened with our previous machine, our JCB Telehandler will earn additional revenue for us in that market, which is a bonus,” Raygen adds. “We’ve always believed in being innovative and yes, we did move that couch into a third-floor apartment and lifted that swimming pool shell over a house using the 17-metre long boom on the previous machine.”

Raygen is full of praise for the JCB 540-170 Telehandler’s stability brought about by its mass of 12 tons and all-wheel drivetrain. Experience has taught them that the machine’s 100-litre diesel tank is hard to empty as the machine runs very economically.

“We’ve worked with other telehandler brands in the past, but the JCB 540-170 Telehandler is an overall superior machine,” he says. 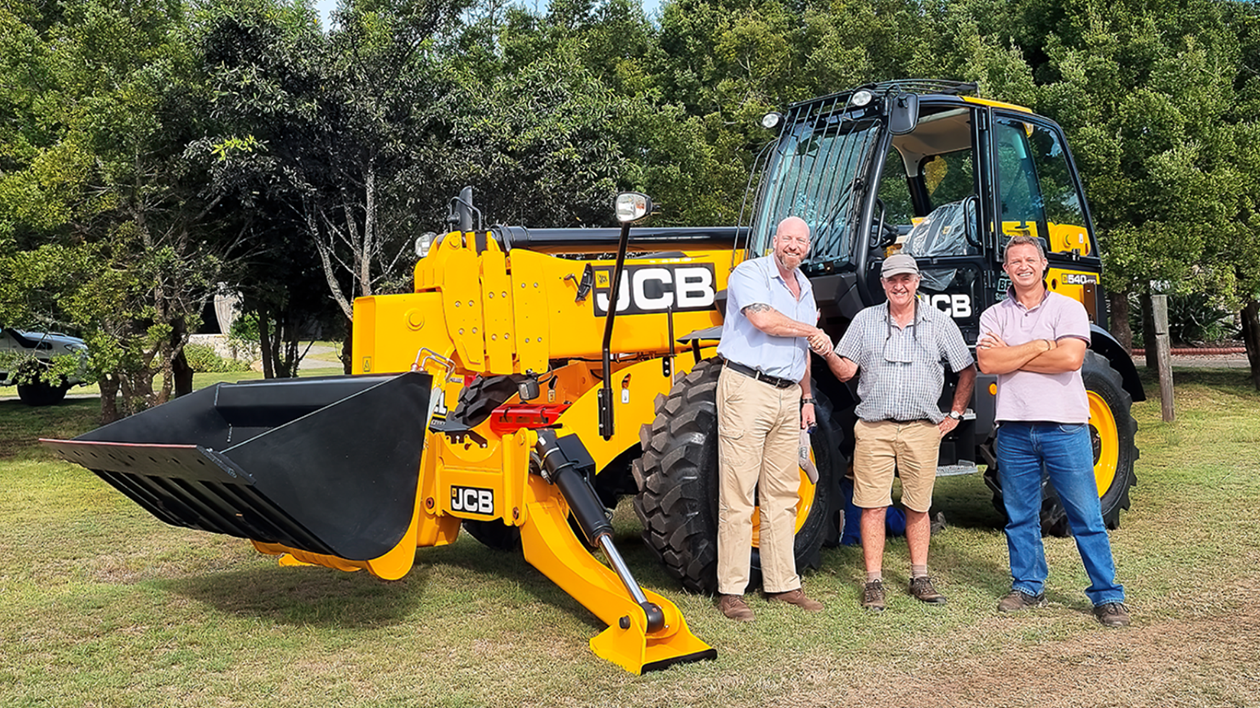