In the world of sailing, it’s common for a yacht to change tack to make use of the most favourable wind. This analogy also holds true for business, especially in mining-related industries where sudden changes in market conditions often force drastic changes in business tactics to remain sustainable and competitive.

This has been the firsthand experience of brothers Gawie and Frikkie Vermaak and their company Phakamisa Hard Rock Mining. The brothers who hail from Ermelo first founded a logistics company in 2007 and called it Phakamisa Logistics, the Zulu word for ‘pick up’. Apart from ‘picking up’ and transporting coal, the Vermaak brothers have certainly had to pick themselves up numerous times as sudden and drastic shifts in the market have forced them to think on their feet and change their business strategies to remain current.

“When changes beyond our control came about in the logistics market where we were transporting mainly coal, we re-established ourselves in mineral processing and plant hire in the gold, chrome, iron ore and coal markets. But we weren’t spared drastic shifts in these markets either and once again we were forced into changes,” says Gawie Vermaak, the Phakamisa Senior Shareholder. “At that stage we owned a considerable amount of Finlay mobile crushing and screening equipment that we had bought from Bell Equipment. As this equipment is known for its quality and durability and had been well maintained, we managed to sell it quite easily on the open market.”

“We had fortunately moved our head office to Fochville on Gauteng’s western border and being in gold mining country, we could focus on work in that industry moving material from mining waste dumps for reprocessing,” Gawie explains. “Newer technology is producing good yields for gold mining companies reprocessing their waste dumps.”

In early 2019, Phakamisa Logistics became Phakamisa Hard Rock Mining with a firm focus on the gold mining industry. The company needed a new set of tools and once again turned to Bell Equipment for advice on what equipment to get. “We had bought a Bell B30E Articulated Dump Truck (ADT) back in 2018, and with it now fast approaching 8 000 hours of reliable service we thought the Bell B30E ADT range would stand us in good stead coupled with the correct loading tools,” Gawie adds. “In consultation with our knowledgeable Bell Equipment Sales Representative, Chris Botha, we decided on a fleet of 15 low-hour pre-owned Bell B30E ADTs and one Bell B30E with a 27 000-litre water bowser, all imported from the UK.”

The fleet of Bell B30E ADTs were delivered in batches of four trucks each over a period of some months in late 2020. Warranties had been extended to 10 000 hours and a full maintenance plan with Bell Equipment ensured that downtime would be kept to a minimum.

Loading this fleet of ADTs would be four new Kobelco Excavators, which are also sold and maintained by Bell Equipment. Phakamisa Hard Rock Mining had bought several Kobelco SK380LC-8 machines in the recent past and the sustained performance of these machines convinced the Vermaak brothers to stay with the marque. Phakamisa’s choice fell on one Kobelco SK260LC-8 and three Kobelco SK350LC-8 Excavators.

“We’ve split the new fleet onto two sites where we’re tasked with load and haul of the waste material to the gold processing plants,” Gawie says. “At the one site we work around the clock and only a day shift is used on the other. Apart from haulage we also do benching where the Kobelco Excavators really come into their own.”

The Bell B30E ADTs have impressed their owners and clients alike with safety features such as hydraulic retarders and wet brakes, which come as standard. Haul distances don’t exceed 1,5km and with sustained production at the fore, full loads are safely hauled up and down steep ramps on some of the waste dumps. An average fuel consumption of 14 litres an hour balances the books.

“Our Kobelco SK260LC-8 and SK350LC-8 Excavators do the hard work loading and benching and returning fuel figures of around 20 and 27 litres an hour respectively fits our planned budgets,” Gawie says. “Our choice of Bell Equipment as a supplier has never disappointed us as we believe Bell understands and appreciates our business model and the challenges we face.”

Phakamisa Hard Rock Mining has achieved a rare feat with one of its major gold mining clients in that it became the first mining contractor to achieve one full year without a lost-time injury or fatality. The Vermaak brothers believe this is due to a combination of using loyal and trained personnel operating reliable equipment. “We still believe delivering on our promises gives us the edge in a very competitive field and for this we have our loyal staff and reliable suppliers like Bell Equipment to thank,” they say. 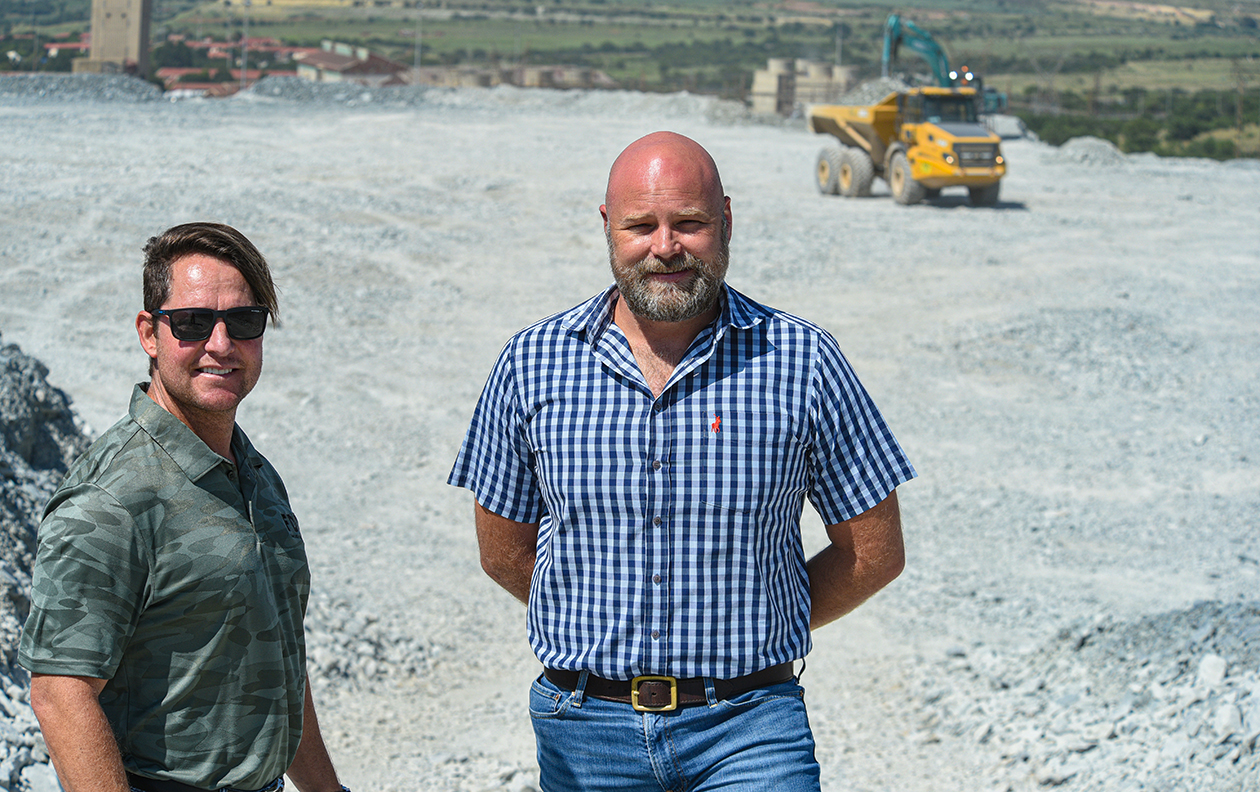 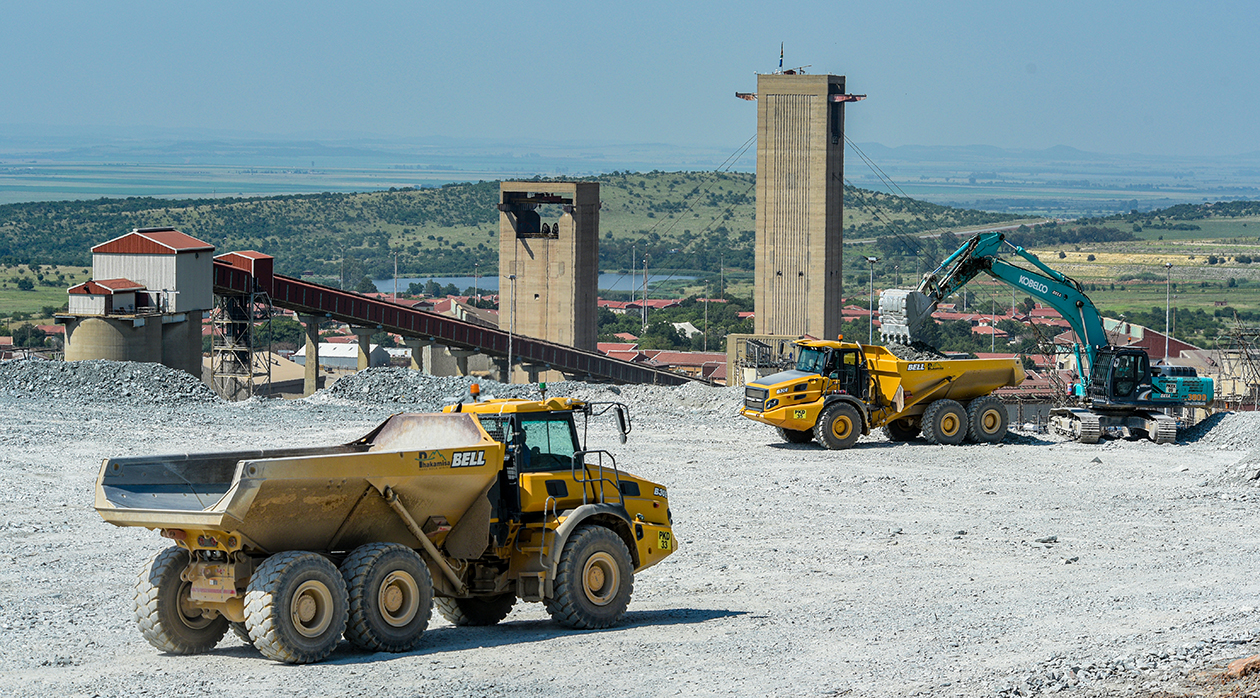