Sixteen-year-old Julio Ritchie from Richards Bay is the proud owner of a new Shimano rod fitted with a Tiagra 50W reel as the overall winner in the Ski-boat magazine’s annual ‘Reel Kids’ competition, sponsored by Bell Equipment.

Julio won the competition with his story about the 37,6kg amberjack he caught in May 2019 during the mid-term junior fishing competition at Cape Vidal on the KwaZulu-Natal north coast.

According to Julio, he was fishing with his younger brother Lorenzo (10), their father, Wayne, and uncle, Jono, and had decided to target amberjack as they were bigger than couta and tuna. “We hadn’t been at our spot for long when the fish took the first line down. I was using a 1,5kg bonito as live bait and reeled it in with a Saltiga 8000 coffee grinder. It was a back-breaking fight,” he recalls.

Fishing is a popular sport among the Ritchie family but while Lorenzo has been a keen fisherman since he was seven-years-old, Julio said he only started fishing seriously last year as he has suffered with seasickness in the past.

Three generations from the Ritchie family arrived at the Bell factory in Richards Bay to collect the prize and were given a tour. The Ritchie Motor Group, which Julio’s great grandfather started 72 years ago, has similar family roots to that of Bell, established 66 years ago. Julio’s grandfather, Steve, reminisced about the early days when Irvine Bell made specially designed hitches for the Ford tractors that they sold and he would regularly visit him at Bell Equipment’s first premises in Empangeni to check on their hitches. 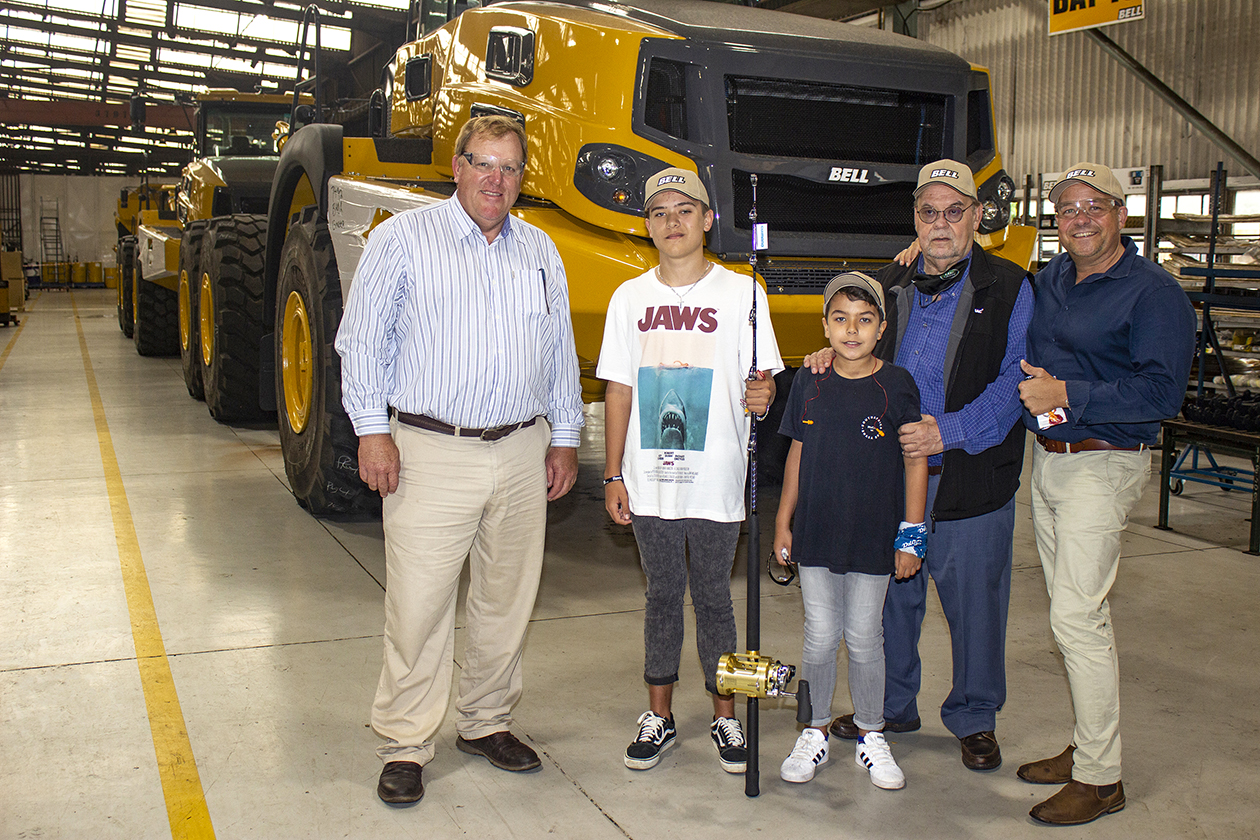 A family affair: Bell Equipment Sales Representative, Haig Thompson handed over the Shimano rod and Tiagra reel to ‘Reel Kids’ competition winner, Julio Ritchie (16) while his younger brother Lorenzo (10), grandfather, Steve, and father, Wayne, looked on. COVID masks were pulled down for the purposes of the clarity of the photograph only.