Brand loyalty can be a fickle thing but when a client experiences heartfelt care and effort, there can be no doubt as to it lasting a long time.
This has been the case with the Independent Group, a well-established East London company as well as its subsidiary company, Mamlambo Construction.

“Bell Equipment’s sales representative in our region, Luc Hannan, must be commended for his general service and his ability to move mountains ensuring that we have the correct equipment, technical backup and spares on time, every time,” says Jarred Randall, CEO of Mamlambo Construction. “Our parent company, the Independent Group, and Bell Equipment have had a long history dating back to 2002 when the first equipment was bought from the original equipment manufacturer in Richards Bay.”

The multi-disciplined Independent Group was first established in 1988 and since starting out in road and dam construction as well as civil engineering projects, the group has developed into three main divisions namely Mamlambo Construction, Independent Crushers and Independent Concrete. The Independent Supply Group offers technical support, which includes a SANAS approved laboratory, a crane hire division as well as a fleet of tipper and ready-mix concrete trucks.

Mamlambo Construction was purchased from its original owners a decade ago. The name ‘Mamlambo’ refers to mystical water being derived from the Xhosa language and the company, true to its name, has become a major force in many water-related construction projects such as water supply and reticulation services, water treatment plants and reservoirs. Culminating from the initial single water reticulation strategy this company has diversified and become a major operator in the concrete structures, road resurfacing and road re-construction industries.

Due to the above mentioned diversification the company has recently embarked on some major road and rehabilitation contracts under the auspices of the South African National Roads Agency (SANRAL) and has worked as far away as Namibia, the Northwest Province and most parts of the Eastern Cape,” Jarred says.

“We have recently endured some tough times in the roads construction and rehabilitation fields due to SANRAL not releasing projects over the last two years and have therefore decided to once again shift our focus to civil engineering projects, which also include wind farms, ongoing construction for the Mercedes Benz plant expansions, various projects within the East London Industrial Development Zone and water-related projects.”

Water-related projects include a three-year contract with the Buffalo City Municipality for specifically maintaining water, sewer and storm water infrastructure within the Buffalo City Metropolitan area. With a fleet of seven Bell Tractor Loader Backhoes (TLBs), Mamlambo Construction values the versatility that these machines offer with their reliability and power in both the front bucket and backhoe. The company recently decided to replace older machines with two new Bell 315SL TLBs, which will also be available for intra-company hire.

“Prior to taking delivery of the new Bell 315SL TLBs, I went to visit the Bell factory in Richards Bay with Luc Hannan and, as my team had a few questions regarding some maintenance issues, we received very special treatment at the factory,” Jarred says. “Several of the Bell design engineers and technical analysts joined us in a boardroom and our mechanics in East London could put questions to them via a speaker phone. These questions were all precisely answered in detail and we felt assured that the features and design of the newer range of Bell 315SL TLBs addressed any niggles that had appeared in earlier models.”

“Bell Equipment and the company’s wide range of machines have served us and our parent company very well over the years, you consistently get a second and even a third life out of a Bell machine,” Jarred adds. “Sustained technical backup is paramount in our industry and we’re grateful to Luc Hannan and his East London Customer Service Centre Manager, Denvor Tesmer, for working out a system for ordering and receiving parts efficiently, specifically for our company’s needs.”

Jarred applauds the fact that Bell Equipment has retained the mindset of being a family business, much as the Independent Group and its subsidiaries are with its representatives going out of their way to ensure that their clients receive the service they require.

The Independent Group had set the pace of ownership of Bell machines dating back to 2002 and currently run 11 Bell Articulated Dump Trucks ranging from a Bell B25C to Bell B30E models. The most recent acquisition was a Bell L1506E Wheeled Loader, which is used to load sand and aggregate at the company’s East London concrete batching plant. 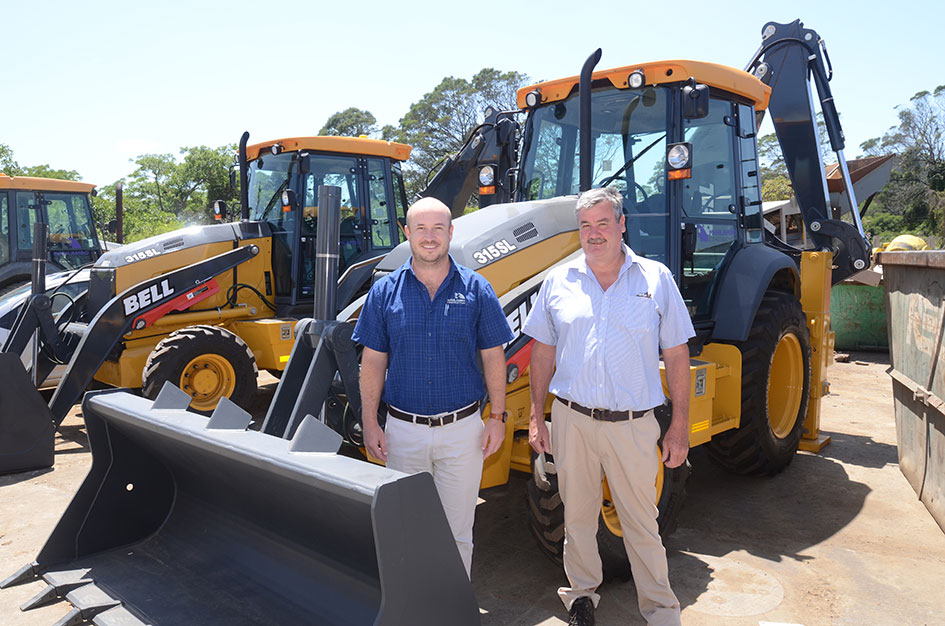 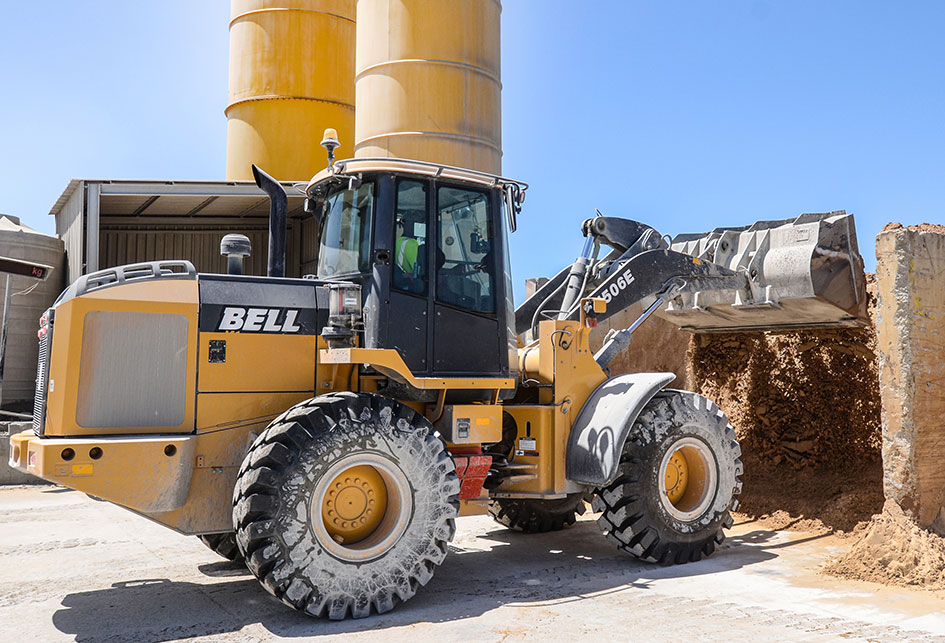