How does a qualified mining engineer who rose to the level of a general manager change tack so radically as to get into the timber harvesting field? In the case of Mandla Nxumalo, the answer is almost by accident. His subsequent success though is based on two disciplines: that of finding an experienced mentor for guidance and listening to what people in the know say about getting the correct tools for the job.

Mandla is a qualified mining engineer and, having studied on a scholarship from the largest diamond mining company in the world, was on the up and up. But then something changed, and he thought it prudent to start advising emerging miners and contractors about the essence of mining as a discipline.

“We often found that although young entrepreneurs had obtained mining licenses, they knew nothing of the discipline, pitfalls and ultimate goals of mining and so did not make it,” Mandla says. “I set out to change that perception through a mining consulting business I had created called Makarapa.”

Ever the thinker, Mandla thought to spread his risk in case of possible tough times that could beset the mining industry and bought three used trucks with which he hauled timber from the Sudwala area in Mpumalanga for some 18 months, starting in 2016. He loaded the timber trucks using a Bell 225A Logger that he had bought new. This was followed by a brief foray into timber short hauling for a large pulp and paper group and, although not sustainable, it got his foot in the door and more importantly, he got noticed by people who mattered.

“Soon after I was approached by a large pulp and paper company to ask whether I’d be interested in supplying short-haul services to a timber harvesting initiative they had created for emerging contractors delivering small volumes,” Mandla says. “This was called Timber Logging Solutions and our close contact with them led us to being offered a stump-to-depot contract even though I knew very little about actual timber harvesting.”

Mandla explains that this happened with the knowledge and the blessing of the large pulp and paper company and in July 2018, he subsequently bought Timber Logging Solutions to run as his own. “We had no timber harvesting equipment to start up with, however we were fortunate enough to be able to rent equipment which enabled us to get started and get timber moving.”

“We soon learnt the hard way that renting equipment negatively impacts one’s bottom line and when I approached the client about a longer term contract to justify financing timber harvesting equipment, the company responded very quickly with a five-year contract for which I will be eternally grateful to them,” he says. “I had adopted Elvis Shabangu of Kanyi Ilanga Trading as my mentor and when I asked him who to approach for timber harvesting equipment, his answer was unequivocal in pointing me to Bell Equipment and the company’s knowledgeable Forestry and Agriculture Manager, Charles Inggs, in Nelspruit.”

To Mandla, who by his own admission was new to forestry and timber harvesting, the general advice was to go to Bell Equipment should you need reliable timber harvesting equipment in South Africa. “With my limited experience I was not prepared to be any other equipment supplier’s guinea pig, so I decided to stick with the tried and tested and support Bell Equipment, and I have not been disappointed.”

As it happened, Bell Equipment was able to offer Mandla and his company Timber Logging Solutions a deal on a Bell 225A Logger with very favourable terms – an offer that he didn’t refuse. A further initiative from the South African Government through its Small Enterprise Finance Agency (SEFA) saw him add an excavator converted into a shovel-yarder along with a light delivery truck and a Bell 225F Logger into the mix.

“Armed with this generous five-year contract, I was able to acquire some serious kit and with favourable terms as well,” he says. “Two other banks came to the party and I added another shovel-yarder, one more Bell 225F Logger and a John Deere 640L Cable Skidder. Added to this I bought two used Bell 225A Loggers bringing my total Bell Logger fleet to six.”

Mandla is adamant that when he researched a big-ticket item such as a John Deere 640L Skidder, his mind was swayed by the fact that Bell Equipment backed this machine and he could rely on trained personnel to handle the maintenance and repair. His experience in mining had taught him that mechanical equipment does break down at times.

“It’s been a steep learning curve for me and my staff numbering 71 loyal people but we’re happily hitting our production targets,” he says. “We started off producing 2 200 tonnes of timber a month, which has now grown to 5 800 tonnes with a reserve stockholding of 1 700 tonnes. This we could not have done without reliable mechanical equipment from Bell Equipment.”

Mandla’s management experience comes to the fore as he explains that everyone in his company, himself included, is undergoing skills development all the time. Human resources issues are dealt with promptly and they have managed to meet production targets with limited overtime which points to efficient use of man-hours and good mechanical availabilities.

“Our Bell Loggers are running between 18 and 20 hours a day and having the one-year, unlimited hours warranty on the new Bell F-series Logger is a real blessing,” he adds. “Our F-series Loggers are covered by a maintenance plan up to 2 000 hours and we’re capitalising on this by working them hard in the first year.”

“Having both the A- and F-series Loggers we can tell you that the new Yanmar engines definitely show an improvement in fuel consumption, which has impacted favourably on our operational costs.”

Timber Logging Solutions’ John Deere 640L Cable Skidder sees utilisation of around seven hours during daylight only as nighttime skidding is not allowed. “As a young company our clients mentor us and safety in the compartment and on loading zones is taken very seriously, something that I’m used to and happy with given my background in mining.”

“On the servicing side I’m happy to report that everyone at Bell Equipment in Nelspruit is accessible and my recently appointed maintenance manager and I have built a special relationship with the Workshop Foreman, Louwtjie Erasmus. Bell Equipment’s response times and parts availability are excellent, and should a certain part not be available, it generally arrives the following day. We get the impression that Bell Equipment understands our business and appreciates that downtime favours no one.” 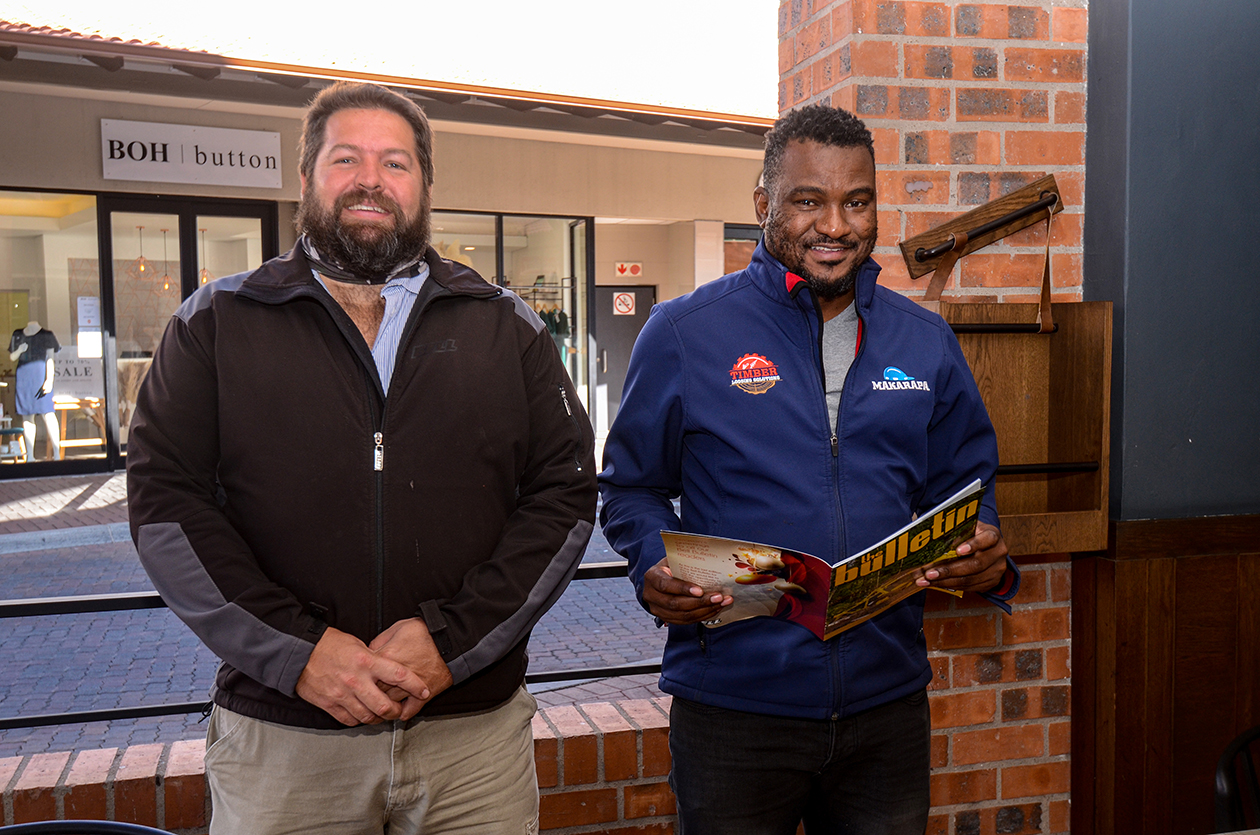